Above all Gigi Gorgeous is also an author, activist. 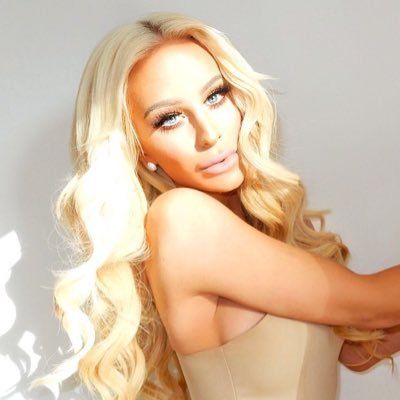 What is the relationship of Gigi Gorgeous?

Gigi Gorgeous is married to Nats Getty. They started dating in March 2016. On the 1st of March 2018, the couple got engaged. After 1 year of engagement, the pair exchanged vows on 12th July 2019.

The couple looks very happy together and regularly shares pictures together on Instagram. Previously, Gigi dated Cory Binney from 2014 to 2015.

Who is Gigi Gorgeous?

Giselle Loren Lazzarato who is popularly known as Gigi Gorgeous is a famous Canadian YouTuber, activist, actress, and model.

Gigi is a huge YouTube star with more than 2.9 million subscribers to her channel “Gregory Gorgeous”.

Gigi Gorgeous was born on April 20, 1992, in Montréal, Québec, Canada. Currently, the talented YouTuber is 30 years old. Her father’s name is  David Lazzarato and her mother’s name is Judith Belding Lazzarato.

Additionally, she has two siblings whose names are Adam Lazzarato (Brother) And Cory Lazzarato( Sister). Her ethnicity is Mixed(Italian, Lebanese, English, and French). Furthermore, her nationality is Canadian.

After this, she attended George Brown College. At George Brown, she studied fashion. But, eventually, she dropped out of college to focus on her career as a Youtuber.

From her early teenage years, Gregory suffered from a gender identity crisis. She decided to start a YouTube channel. Gigi started the channel naming Gregory Gorgeous in 2008 as a medium to express her own confused self to the world.

Moreover, this channel also documented her transition from a shy boy in his teenager to an increasingly confident Transgender woman.

Her channel grew increasingly popular not just for the content but for the precious insight that she provided regarding gender transition.

Additionally, her honesty made her viewers sympathize with her views. The number of subscribers increased at a very high pace and it reached around 1 million subscribers by early 2015.

Between 2011 and 2013, she made her TV debut while featuring in the YouTube-based Reality Show ‘The Avenue’.

Her appearance in Project Runway: All-Stars, E! Celebrity Style Story and ABC 20/20 documentary about Caitlyn Jenner’s transition is also significant in her career.

By 2016, she has successfully associated with a highly anticipated project which is based on her own life story, hardships, and victories.

Furthermore, a documentary named ‘This Is Everything: Gigi Gorgeous’ was also made by popular filmmaker Barbara Kopple.

This movie premiered at the Sundance Film Festival in 2017. Currently, it is being hosted exclusively on YouTube Red.

In 2014, Logo TV Awards awarded her the title of Trailblazing Social Creator. Similarly, she also won The Streamy Awards for Best Beauty Series in 2015.

Furthermore, Shorty Awards nominated her for the Youtuber of the Year Awards in 2017.

As of 2022, Gigi Gorgeous currently has an estimated net worth of around $3 million. However, her annual salary is currently under review. Her primary source of income is Youtube.

Gorgeous was held in Dubai and her passport was detained by airport officials on August 9, 2016. Furthermore, she was restricted from entering the country just because she was transgender.

The UAE officials said that Gigi’s gender was stated male in the passport. However, Gigi claimed it was written female clearly in it. In addition to this, she was released after she was detained for around 5 hours.

Following the incident, the #JusticeForGigi became viral on Twitter with angry supporters and her fans calling for her release and reforms in anti-LGBTQ laws.

Gigi Gorgeous is 5 feet 9 inches tall and weighs around 57 kg.

Additionally, she possesses an attractive hourglass-shaped figure which measures 34-25-35.

Moreover, the Canadian Youtuber has blonde hair and blue eyes.

Gigi Gorgeous is a popular figure on social media sites.

You may also like to read about the bio, career, body measurements, net worth of Safiya Nygaard, Ayla Woodruff, Tina Halada