Known for his reality show Bringing up Bates.

Gil Bates is a married man. He married his girlfriend Kelly Jo Callaham. They first met when they were studying at Anderson University. 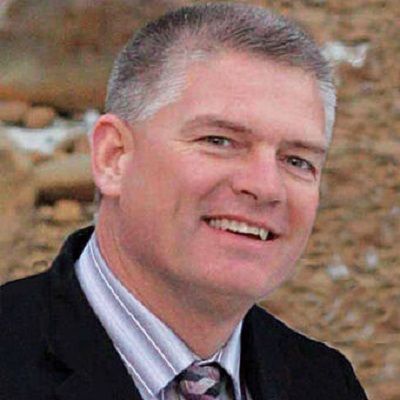 Who is Gil Bates?

Gil Bates is an American TV personality and an Entrepreneur. He is known for his reality show Bringing up Bates.

Gil’s ethnicity is Caucasian and has a brother Greg Bates and a sister, Jennifer.

His high school education was at Belton-Honea Path High School. Then he studied at Anderson University and Carson Newman University.

Gil Bates and His Surgery

In 2019, while doing a push-up challenge with one hand, Gil popped his shoulder. Due to this, he has gone through shoulder surgery.

His fans after hearing the news sent lots of ‘get well soon’ messages.

Gil Bates is the owner and operator of a tree excavating company called Bates Tree Service. He also owns a church, Bible Baptist Church which was built in Sep 2015 in Clinton, Tennessee.

This is a family reality show of the Bates family which broadcasts on Up TV. This show was first aired on Jan 1, 2015, and is still running successfully.

Gil Bates is one of the board members at the Institute in Basic Life Principles. In Oct 2015, a group of five women sued this institute’s members for sexual abuse, sexual harassment, and inappropriate touching.

However, later only one member Bill Gothard was found guilty through investigation. Bill left the institute on March 5, 2014. This accusation was dismissed in Dec 2015 as no valid facts were found.

This TV personality star has an estimated net worth of $1 million.

As per the sources, the highest amount paid to popular reality TV star is around $10 million per season.

Talking about Gil Bates’s body features, he has light hair and light brown eyes. His height and body weight is average.

New Member In The Family!! ‘Bringing Up Bates’ Stars Erin and Chad Paine Turned Parent To Their Third Baby: Know More Details About The Family’s New-Born