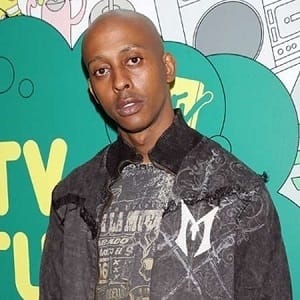 Gillie is in a serious relationship with a girl named Tuddie from New Jersey. They live together.

Their lives are pretty much in the open on social media as Gillie live streams often talking about his life on Instagram. He often calls Tuddie his “wife”, but there are no reports of them getting actually married.

Who is Gillie Da Kid?

Gillie Da Kid is a rapper, songwriter, and actor from Philadelphia. Initially, he was part of a seven-person rap crew called Major Figgas.

Gillie Da Kid is an American national born in Philadelphia, Pennsylvania on July 31, 1984. He is 34 years old. The information about his parents and family is still unknown. Similarly, his ethnicity is All-American.

Talking about his education, there are no details about Gillie’s educational background.

Gillie has released a series of mixtapes called ‘King of Philly’ before launching his first studio album, ‘Welcome 2 Gilladelphia’.

However, he got major recognition after claiming to have written songs for Lil Wayne.

Gillie also has a career as an actor. He has worked on movies like ‘Blood Brotha’, ‘Caged Animal’, ‘Force of Execution’.

Kid has not revealed his current salary, About his estimated net worth at present is $2 Million.

Gillie Da Kid has not been a stranger to controversy. In fact, he often finds himself amidst controversies.

First, there is his feud with another rapper Soulja Boy. The feud started when Gillie threw shade to Soulja Boy for being spotted with fake money. Gillie, famously started the ‘Diamond Test Challenge’ in which he would take out the diamond tester and ask people to prove that their jewelry is actually diamond. He would even live to stream this on social media.

Anyway, later Soulja Boy claimed that he slapped Gillie in Dubai and Gillie denied it. After some back and forth on Twitter, this amounted to nothing.

Furthermore, in 2007, he was arrested on a drug bust conducted by the FBI. He pleaded innocence throughout the case and finally, the charges were dropped.

Talking about his body measurement, Gillie hasn’t publicly disclosed his height, weight, body size. Additionally, he is bald and his hair and eye color are black.

Gillie is pretty famous on Instagram. He has got 1.9 million followers. Along with that, he is also active on Twitter with 92.4k followers. However, he is not active on Facebook at present.