Updated On November 23, 2022 | Published By: Brandy Stratton | In Dating , Divorce , Net Worth
Share this 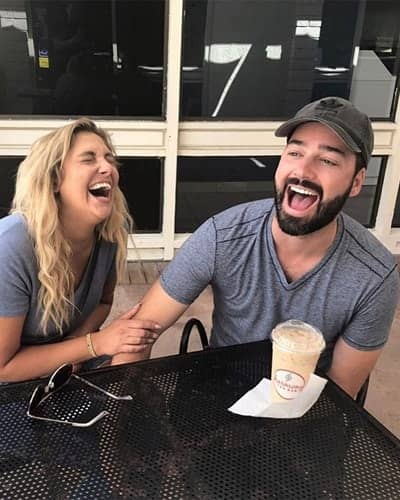 “I know it’s nuts, but we’ve been together half a year. And when I think about that, I’m like, ‘That’s not a long time.’ But I honestly feel like I’ve known him forever. It seems so much longer.”

She revealed that they are comfortable with each other. She shares pictures with him on Instagram.

Gina Kirschenheiter was previously married to Matthew Kirschenheiter. They walked down the aisle on 15th May 2010. They had three children together.

In July 2018, Gina and Matthew decided to end their marriage. They announced separation after 8 years of married life. Again in June 2019, it was said that they got back together. They decided to give their marriage another chance.

“He’s just changed, I’m telling you, he’s changed. He would never cheat on me again. I have obviously trust issues. I think I would be naive to trust 100 percent. But I am really trying my best to let go of all that anger and to let my guard down again. Because that’s the only way it’s going to work.”

On 31st December 2019, their divorce was finalized. She had filed domestic violence charges against her husband Matt.

How much is Gina Kirschenheiter’s net worth?

Gina Kirschenheiter has an estimated net worth of $1 million as per Celebrity Net Worth. She has appeared in the 2018 series Watch What Happens: Live and the 2018-2020 reality series The Real Housewives of Orange County. Previously, she worked as a flight attendant for North American Airlines.

Gina and Travis Mullen moved into their first house in March 2020. The house consists of three-bedroom. Kirschenheiter shared some pictures of her house which has rooms that feature a neutral color palette with white walls, grey-toned hardwood floors, and a grey coffee table over a pale rug.

Gina Kirschenheiter is not just a reality TV star but her presence is on social media as well. She has 547k followers on her Instagram account.

“My Luca….I can’t believe you are 5 years old. You constantly impress and inspire me. Happy Birthday Romeo Smalls. We had the best day celebrating you my love”

American Gina Kirschenheiter is a Reality TV Personality. She is renowned for her appearance in Bravo’s reality TV series, The Real Housewives of Orange County. Read more bio…