Gina Taylor Pickens is an actress and musician who married James Pickens Jr.

Gina Taylor Pickens is currently having a blissful married life with actor James Pickens Jr. The couple tied the knot on the 27th of May 1984. The couple has been together for over 37 years and the duo still has a long way to go.

Also, the duo is the proud parents of two children named Carl Tharps and Gavyn Pickens (b. 1988). His son Carl has pursued a Hip-Hop career and can be seen in various television programs including Hangin’ with Mr. Cooper where he appeared along with Omar Gooding. 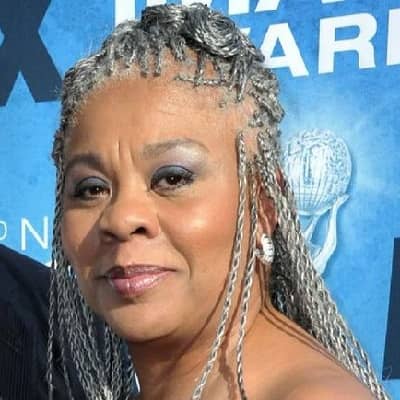 Who is Gina Taylor Pickens?

Gina Taylor Pickens is an American actress and musician. She is a former band member of Musique and Pandora’s Box. She has garnered fame as the wife of James Pickens Jr.

Gina holds American citizenship and belongs to the African-American ethnicity. Further, she keeps a low-key profile so there is no information available regarding her birth date and birthplace.

However, it is known that she grew up in Cleveland, Ohio. Also, she hasn’t yet disclosed her family and academics background in the media.

In 1979, Gina joined a disco band named Musique, which was a studio project by Patrick Adams. The band consisted of five singers including Gina that Angela Howell, Mary Seymour Williams, Jocelyn Brown, and Christine Wiltshire.

Gina gave her voice on the band’s first LP ‘Keep on Jumpin’ alongside Jocelyn Brown, Angela Howell, and Christine Wiltshire. In 1979, the band released its second LP ‘Musique II’ whereas their both album were released on the Prelude Records label.

Later on, Gina associated with a female pop group Pandora’s Box which is assembled by Jim Steinman in the 1980s. In 1989, the band releases the song “It’s All Coming Back To Me Now” through Virgin Records. She performed as a keyboardist along with Elaine Casewell, Deliria Wilde, Ellen Foley, and Jim Steinman.

Prior to that, Gina already worked with Steinman as part of the background vocals on the track “This Corrosion” by The Sisters of Mercy. Moreover, she has appeared in the 2003 romantic comedy film, Deliver Us from Eva as a Choir member.

To date, Gina hasn’t been engaged in any rumors and disputes that create headlines in the media. She stays miles away from such controversial acts that could hamper her personal and professional life.

As per other online sources, Gina has an estimated net worth of around $100 thousand throughout her musical journey. Furthermore, her salary, yearly income, and other assets are still under review.

Talking about her husband’s net worth, he has accumulated $13 million dollars of net worth as of 2021. His primary source of income is his profession as an actor.

It seems Gina is in her 60s but she has a fit and healthy personality. She stands at the height of 5 feet 8 inches tall and her weight is around 73 kg. Further, she has a curly grey hair color with dark brown pair of eyes.