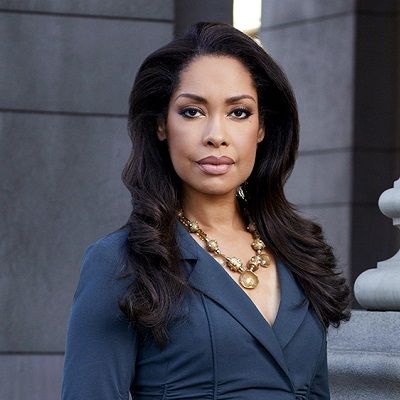 You have Showtime, you have AMC, you have all of these, you know, incredible networks that are now bringing forth their product without the handcuffs, if you will, of trying to sell soap to the entire country.

I certainly came up in an era where women were really making strides and making a point to beat down doors and find their place and crash through the glass ceiling.

I don't tweet--I have nothing to say.

Gina Torres and Laurence Fishburne engaged in February 2001. Similarly, they married on 22nd September 2002 at The Cloisters museum in New York City. Likewise, they have a daughter Delilah who was born in June 2007.

Similarly, she is the stepmother of Langston and Montana from the previous marriage of Fishburne. They were together for around 15 years and divorced on 11 May 2018. As per now, Gina is single.

Who is Gina Torres?

The American television and movie actress Gina Torres won Artemis Women in Action Film Festival. Similarly, she has appeared in many television series like Hercules The Legendary Journeys, Xena Warrior Princess, the short-lived Cleopatra 2525, and many more.

She was born on 25th April 1969 in Manhattan, New York City, US. She is the daughter of Richard(father) and Rebecca(mother) who were of multiracial Cuban descent. Similarly, she is the youngest of three children.

Similarly, she belongs to American nationality and her ethnicity is Cuban (African).

Talking about her career, she starred opposite Chris Rock in the feature film I Think I Love My Wife. She played Carla in the independent film South of Pico. Similarly, she reprised her Firefly role in its feature film sequel Serenity. After that, she and her ex-husband played a married couple on the NBC television series Hannibal.

Similarly, she played a main role on the USA Network series Suits Jessica Pearson for the first seven seasons. Also, she will reprise the role in the upcoming drama Pearson. It is a spin-off about Jessica Pearson moving to Chicago and becoming involved in politics.

Likewise, Gina Torres was the voice of Wonder Woman in DC Universe Online MMORPG until mid-2013 when the part was recast. She was Arachnid in the Transformers Prime cartoon.

Moreover, she plays the role of CAPCOM in the updated version of Walt Disney World’s Mission: Space.

She has been nominated to many awards. She won ALMA Awards for Outstanding Lead Actress in a Syndicated Drama Series in Cleopatra 2525. Similarly, she won Artemis Women in Action Film Festival.

She has the estimated net worth of $5 million. She recently bought a brand new Bentley luxury car for $180,000. Similarly, she might earn a huge amount of money from her career but she has not revealed her salary and incomes.

There is no rumors and controversy about Gina. She has maintained her both personal and professional life away from scandals.

Gina Torres has a height of 5 feet 10 inches and her weight is around 55 kg. Similarly, her hair and eyes color is black. Her body measurement is 34-25-35 inches. Likewise, she has a shoe size of 10 US.