Adult star Gina Valentine is low-key about her love interest.

Gina Valentine’s relationship status is taken. She during an interview in Dec 2020, told that she is in love.

She said her boyfriend is a Latino and loves to watch anime with her. 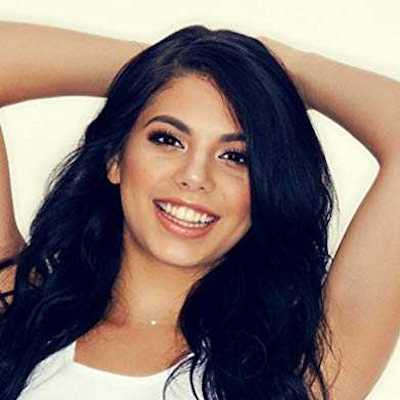 Who is Gina Valentine?

Gina Valentine is a Brazil-born adult actress and director. She is one of the popular faces of the pornographic film industry.

Her career started in 2015 and as of now, she has done over 680 screen projects.

The name of her mother and her father name is not disclosed.

Gina’s ancestry is Brazillian and hs dual nationality of Brazil plus America. As per her academics, she went to Rose Bruford College.

Due to her performances, she has earned nominations for AVN Awards, XBIZ Awards, and XRCO Awards. In 2020, she won AVN and XBIZ Awards in the Best Virtual Reality Sex Scene category.

Moreover, Gina was also “Penthouse” Magazine Pet of the Year of 2018. As a director, she directed 2019’s video Gina Valentina’s Dirty Lil’ Movie.

Her net worth is around $1 million (estimated) as of 2022. However, her salary and other earnings are unknown.

This adult artist is keeping herself away from rumors and is also not surrounded by any desperate scandals.

Regarding Gina Valentine’s body features, her height is 5 ft 2 inches and her body weight is 48 kg.

Moreover, her eyes are brown, her hair color is brown, plus her skin complexion is fair. She has a body stat of 34-24-35 inches.

She is also active on SoundCloud and OnlyFan.

10 restaurants that have budget-friendly offers for your 2021 Valentine’s Day!

Are You Wondering The Gift Ideas For This Valentines; KKW Beauty Come Up With Their Valentines Special Collection!