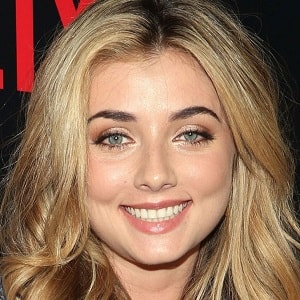 Giorgia Wingham is a single lady. She loves to be more secretive. There is no rumor heard about her affair and relationship.

Who is Giorgia Whigham?

Giorgia Whigham is an American actress. She is best known for her role as Kat in Netflix’s ‘13 Reason Why’ and as Amy Bendix in Netflix’s ‘The Punisher’.

Her mother’s name is Stine Whigham. She holds American citizenship and her ethnicity is Caucasian.

She completed her schooling from Carter High School of Arts.

Giorgia Whigham made her breakthrough in the acting world starring alongside Ellery Sprayberry from a short film ‘Pinky’ in 2016. She played in various TV shows such as ‘Shameless’, ‘Son of Zorn’, ’13 Reasons Why’, and ‘The Orville’.

This actress co-starred in the film ‘Saving Zoë’ in 2017 alongside starring sisters and actresses, Laura and Vanessa Marano. She was cast as the role of Beth in a series regular in the third season of the MTV slasher television series ‘Scream’.

She was also cast as a series regular in the second season of Netflix’s ‘The Punisher’ on February 26, 2018.

She has an estimated net worth of $700,000 and her main source of income is from her professional career.

She likes to keep her profile low. She has not been involved in any rumors and controversies to date.

To know more about Vida Guerra, Uma Thurman, and Moon Bloodgood, please click on the link.