Who is Giovanna Fletcher married to?

Giovanna Fletcher at present is in a married relationship. She exchanged vows with her long-term boyfriend Tom Fletcher on 12 May 2012.

But first, they shared rings on 18 April 2011 and then took the second step after a year. This lovely couple has welcomed three children.

She and her husband announced they will become parents for the third time in March 2018. Their third kid Max Mario Fletcher was born in Aug 2018. 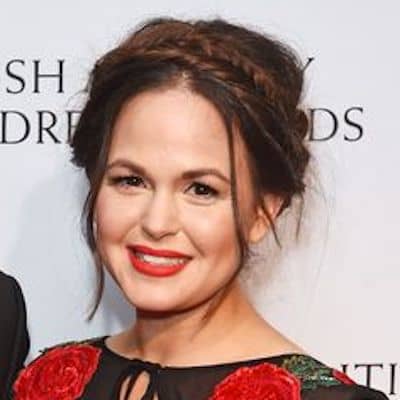 Who is Giovanna Fletcher?

She caught the attention by winning the reality show I’m a Celebrity, Get Me Out of Here! plus by presenting the CBeebies series The Baby Club. As a host, she presents two podcasts Happy Mum, Happy Baby and Journey to the Magic.

On the other, she is the wife of famous musician/author Tom Fletcher.

Her birthdate is 29 Jan 1985 and she was born in Essex, England as Giovanna Falcone. The name of her mother is Kim Falcone and her father’s identity is Mario Falcone.

Further, Giovanna Fletcher’s ancestry is English, and has a brother Mario Falcone plus a sister named Giorgina Falcone (TV personality).

As per her academics, she was enrolled at Sylvia Young Theatre School in London as well as the Rose Bruford College of Theatre and Performance.

Giovanna Fletcher has given lots of hit books to her fans. Some of them are,

She did her magic on TV shows too. She took the prize by competing in the TV show I’m a Celebrity, Get Me Out of Here! in 2020. In 2021, she showed her dancing skills in Strictly Come Dancing (TV Series).

By the reports of 2022, Giovanna Fletcher has an estimated net worth of $6 million which she collected from her work.

This writer of the book Letters on Motherhood is keeping herself away from scandals along with desperate rumors.

Giovanna Fletcher’s height is 5 ft 5 inches and her body weight is of average shape. Furthermore, she has naturally brown hair and her eyes are brown in color.

Giovanna Fletcher is officially available on several social sites. Her Facebook and Twitter accounts have more than 619k and 370k followers respectively.

On YouTube, she is subscribed by around 181k people. Also, she is active on Instagram with over 2m followers.

Sydney Leathers
Tags : Author Get Me Out of Here! Tom Fletcher