Giovanni Pernice is a well-known Italian professional dancer best recognized for his debut on the British television show Strictly Come Dancing. He is currently single.

He has dated strictly partner and actress named Georgia May Foote in the year 2016 and also dated Ashley Roberts former member of the Pussycat Dolls from 2018 to 2020.

Then in 2021 July, he dated social media influencer and tv personality Maura Higgins but sadly they parted their ways after 4 months. 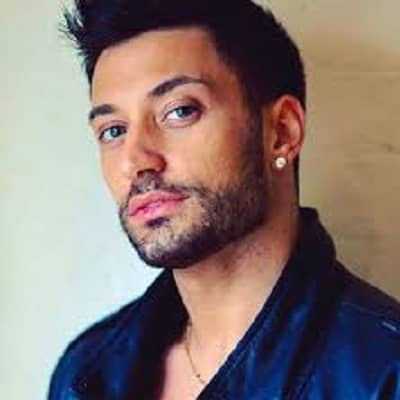 Who is Giovanni Pernice?

He is also the Guinness World Record holder for Jive kicks and flicks, as well as Charleston swivels, and the Italian Open Latin Dance Champion (2012).

Giovanni was born on 5 September 1990 in Sicily, Italy, and holds Italian nationality. He belongs to the white- Caucasian.

He has not shared his family and siblings’ names with the public. There is not much detail about his childhood but from a very young age, he had the dream to be a professional dancer.

He has not shared the details about his educational background like college and schools’ names. But when he was 14 years old he moved to Bologna to focus on dancing. He chose this career after she watched the British Ballroom dance television show Come Dancing.

He started his career as a professional dancer on BBC’s Strictly Come Dancing for the first time in its Thirteenth series in 2015. Though he reached up to the final he didn’t win and became runner up.

Then he again returned in 2016 for the fourteenth series of Strictly Come Dancing. He was eliminated in week 7and placed 9th.

Again he came in the fifteenth series of Strictly Come Dancing where he became runner-up with his partner in 2017.

Same as before he returned in Strictly Come Dancing of sixteenth in 2018. Where he became a finalist and won the runner-up position.

In 2019 and 2020 he again came to participate in Strictly Come Dancing which is the seventeenth and eighteenth series. But, he was eliminated in the 9th week.

After that he returned in 2021 in several episodes of BBC Two’s Strictly Come Dancing: It Takes Two. Pernice confirmed in July 2021 that he will be appearing at Donahey‘s 2022 “Dancing with The Stars Weekends.”   In 2022, he will go on a solo tour titled This Is Me.

He has won many contests most notably the Italian Open Championship in 2012.

He is the holder of the Guinness World Record for Jive kicks and flicks, executing 55 in 30 seconds in December 2016 program. He beat the world record for the most Charleston swivel steps in 30 seconds, properly completing 24 in December of the following year.

His annual salary has not been revealed yet. But his net worth is estimated to be $5miliion as of 2022. His all source of income comes from his career as a professional dancer.

There were rumors of Giovanni Pernice and Rose Ayling Ellis were a couple who is participating in Strictly Come Dancing 2021. But they have declared that they are not in a relationship and they are just a friendly partner for their performance.

He stands at the height of 5 feet 10 inches tall and weighs 75 kg (165lbs). He has not shared his body measurements like hips, waist, and chest sizes with the media. Looking at his appearance he has a fit body with dark brown hair and brown eyes.

The relationship of Italian dancer Giovanni Pernice and Ashley Roberts -its timeline!