Giuliana Rancic is married to Bill Rancic. Her husband, Bill is an entrepreneur by profession.

Later, on the 1st of September 2007, they got married to each other. The wedding took place on Capri’s Sancta Sophia Chruch in Anacapri. The couple has publicly discussed the fertility issues that they were facing. In March 2010, they started IVF.

Later, in Spring 2010, she became pregnant. Nine weeks after, she got miscarried. Once more the couple tried to conceive through IVF. However, she failed to conceive the second time. Later, the couple wanted to try for the third round IVF. At the time, the doctor suggested a mammogram.

On the 23rd of April 2012, they announced that they are expecting their first baby. At the time, they went through a gestational surrogate. In late 2012, the couple had their first child, Edward Duke Rancic. 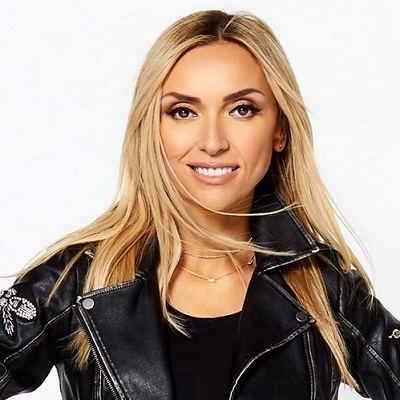 Who is Giuliana Rancic?

Giuliana Rancic was born as Giuliana DePandi on the 17th of August 1974 in Naples, Italy to Anna and Eduardo DePandi. She is of British-Irish ethnicity with Italian roots.

He used to own a store in White Flint Mall in Rockville, Montgomery County. Through her Instagram account, she shared that her parents are staying in quarantine and are safe.

She has two siblings; Pasquale DePandi and Monica DePandi. Her brother, Pasquale happens to be the lead singer of I-Talian’s!

Talking about her educational background, she completed her High School at Walt Whitman High School. At High School, she used to be a cheerleader. Later, she earned a bachelor’s degree with Honors in Journalism from the University of Maryland, College Park.

During her university days, Giuliana Rancic started her career at Capitol Hills News. At the time, she used to cover stories concerned with the U.S. government.

Later, in 2002, she joined the In E! network’s E! News as a reporter. Moving forward, in 2005, she became the anchor for the networks and hosted the shows like Fashion Police.

Also, she hosted Awards events including Golden Globes and Academy Awards. As a host, she has run the beauty pageants; Miss USA and Miss Universe on NBC. Apart from that, she hosted shows including FabLife, Giuliana & Bill, and E! Live from the Red Carpet.

Besides being a host, she has worked as a producer for the series; Giuliana & Bill and Bridalplasty.

She expanded her career as an entrepreneur in partnership with Lettuce Entertain You Enterprises with a restaurant, RPM Italian. The menu of the restaurants is inspired by her mother’s recipe.

Later, she expanded the restaurant chain to RPM Steak in Chicago, and RPM Italian in Washington. Celebrities like Barack Obama and Michelle Obama have graced the restaurants with their presence.

As of 2022, she has an estimated net worth of $30 million. Her earnings as a news anchor and reality star are in the range of $3 million per year.

Apart from that, she also makes through her production works, TV commercials, and fashion designing.

Giuliana Rancic is a brown-eyed brunette. She stands at a height of 5 feet 9 inches and weighs around 54 kg. Her body measurements are 35-24-34 inches. Also, she wears shoes of size 6 (US) and dresses of size 2 (US).

In 2015, she has been in headlines for the comments that she passed on Zendaya. Zendaya walked in the Oscars Red Carpet carrying the off-the-shoulder white Westwood gown with perfectly polished and glowing makeup with sparkly bracelet and diamond-pearl earrings.

On the looks, Rancic commented that she smells like patchouli oil.

You may also read the bio of Dario Melendez, Denim Richards, and Dave Dombrowski.

Rebecca Romijn, moved on with the relationship but still has a name of the same person.. Who’s he?