Updated On January 26, 2023 | Published By: Brandy Stratton | In Married , Net Worth , Pregnant
Share this 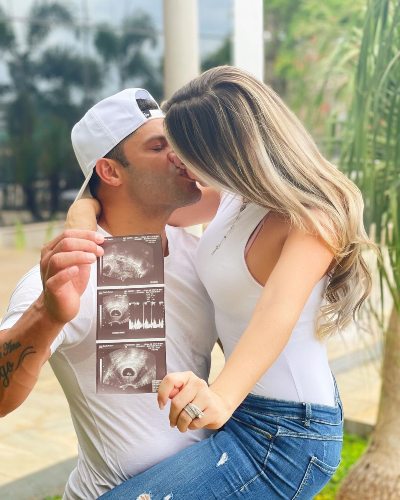 Givanildo Vieira de Sousa, known as Hulk, will welcome his fourth child! The coming child is his first wife Camila Sousa whom he was an uncle during the 12 years of marriage with ex-wife Iran Angelo. Vieira announced the pregnancy news on his Instagram.

She shared an ultrasound scan of the baby alongside his wife Camila. He wrote,

“Today with a heart full of gratitude to GOD, I come to share with you that for the fourth time I am being blessed with another child. My heart overflows with so much happiness and I can only say thank you GOD. We are already looking forward to receiving you son/daughter we love you unconditionally,”

Likewise, he shared a video of him and his wife as he lifted her into the air and kissed her while she grabbed onto the baby scan. In December 2019, Hulk told his family about his relationship with Camila.

“We are already looking forward to receiving you son/daughter we love you unconditionally. Hulk called the parents and the brother of Camila and told them the truth.”

The couple walked down the aisle in September 2020 while he was still playing for the Chinese side Shangai SIPG following his split from Iran.

Also read Olivia Munn is pregnant with her first baby with John Mulaney!

How much is the net worth of Hulk?

Hulk has an estimated net worth of $ 70 million. His salary is $8 million from his football career. Likewise, Givanildo was transferred to SIPG in 2016 for an Asian record of $63 million.

He has played for several countries like Esporte Clube Vitoria in Bahia before being loaned to Kawasaki Frontale in Japan. Similarly, he joined from the Russian side Zenit St Petersburg and was the second-highest earner in the whole league with a £320,000-a-week contract. Moreover, he signed Atletico Mineiro on a two-year contract in January 2021 after scoring 77 goals in 145 appearances for Shangai SIPG.