Gleb Savchenko is a Russian dancer, choreographer, and model. He is currently a professional dancer on the U.S. version of Dancing with the Stars.

Currently, he is single and not dating anyone at the moment. Recently he filed for a divorce from her ex-wife.

Previously he was married to a professional dancer, Elena Samodanova. As both are dancers, it is clear that their passion for dance brought them even closer.

He and his wife have two children together. Their first baby is a daughter and her name is Olivia.

They had their second baby on 1 August 2017 and she is also a daughter. They named her Zlata.

However, their wedding is about to end as this couple is now separated. Gleb is accused of having extra-marital affair with his wife. 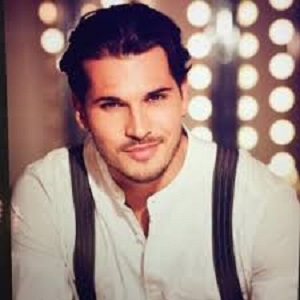 Who is Gleb Savchenko?

In the 23rd season of the show, “Dancing with the Stars”, he finished 4th with partner actress/singer, Jana Kramer.

Presently, he is one of the toughest contestants who participate in the dancing reality show, Dancing with the Stars. He is also a model.

Gleb was born in the capital city of Russia, Moscow. Born on September 16, 1983. He possesses Russian nationality and his ethnicity is European.

He started a growing passion for dancing from a very young age. According to some sources, he began dancing at 8 years old. This for sure influenced his now-dancing career.

Other than that, there is no information regarding his mom, dad, siblings, childhood, and early life.

As per his education, he attended Russian Theatre Arts University. He graduated from there with a “Master’s degree in Choreography”.

Gleb made his debut on TV by appearing as a contestant on a dancing TV reality show, “Strictly Come Dancing” in 2004.

The same year, he also starred in another dancing show, “Strictly Come Dancing: It Takes Two”.

A year later, in 2005, he appeared in the biggest dancing reality show, “Dancing with the Stars”. He appeared on the show in different seasons in the Russian version of the show.

Gleb kept on working hard and improving his dancing skills.

Consequently, in 2012, he got to appear in the US and Australian versions of “Dancing with the Stars”.

This boosted his career and made him a popular figure on TV. He finished 10th in the 16th season and 4th in the 23rd season in the U.S. version of “Dancing with the Stars”.

Additionally, he finished 5th with TV presenter, Anita Rani in the 15th season of “Strictly Come Dancing”. He also appeared on a TV show, “Celebrity Masterchef”.  As a model, he has modeled for Gilette, Pepsi commercials, and others.

As per the rumors in 2016, the couple was having certain complications in marriage, because of their busy schedule and living in different countries for their TV show.

Gleb Savchenko has a height of 6 feet 1 inch. His eye color is brown and his hair color is dark brown. His weight and shoe size are unknown.

Gleb is active on social media.

Dancing With the Stars’ Gleb Savchenko and his wife Elena Samodanova expecting a Second Child-A Baby Girl!! The Couple couldn’t be more Happier!!