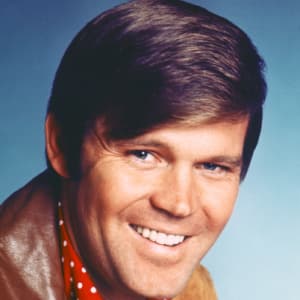 I'd never acted in a movie before, and every time I see True Grit (1969) I think my record's still clean

I'm a jazzer. I just love to get the guitar and play the hell out of it if I can

I thought it was my autobiography set to song.

Glen Campbell was in a relationship. He was having an affair with his co-artist, Tanya Tucker. They had worked in projects like Dream Lover together.

Previously, he was married four times (Diane Kirk, Billie Jean Nunley, Sarah Barg, Kimberly Woolen). He married Diane Kirk in 1954. At the time of her marriage, she was just 15 and Glen was 17. Their first child died as an infant. The couple shared one daughter, Debby Campbell. They had divorced after four years of marriage in 1959.

Finally, he married Kimberly Woolen on October 25, 1982, they have three children namely, Ashley Campbell, Cal Campbell, Shannon Campbell, and the marriage lasted until his death.

Who was Glen Campbell?

Likewise, he was also known for a series of hit songs in the 1960s and 1970s, and for hosting a music and comedy variety show called The Glen Campbell as well as Goodtime Hour on CBS television, from January 1969 until June 1972.

He passed away on August 8, 2017, at the age of 81, in Nashville, Tennessee, the United States. The cause of his death was Alzheimer’s disease.

Glen was born in Billstown, Arkansas, the United States on April 22, 1936, to parents John Wesley Campbell and Carrie Dell.

Whereas, he belongs to American nationality and mix (English- Scottish- German- Irish) ethnicity. His birth sign was Taurus. Besides that, there is no information regarding his education and academic achievements.

On talking about his profession, Glen Campbell began his professional career as a studio musician in Los Angeles, spending several years playing with the group of instrumentalists later known as “The Wrecking Crew“. After becoming a solo artist, he also placed a total of 80 different songs on either the Billboard Country Chart, Billboard Hot 100, or Adult Contemporary Chart.

After that, he also hosted a 1968 summer replacement for television’s The Smothers Brothers Comedy Hour variety show,  he was also given his own weekly variety show such as The Glen Campbell Goodtime Hour.

Whereas, he also helped launch the careers of Anne Murray and Jerry Reed, who were regulars on his Goodtime Hour program. During the late 1960s and early 1970s, he also released a long series of singles and appeared in the movies True Grit (1969) with John Wayne and Kim Darby and Norwood(1970) with Kim Darby and Joe Namath.

On talking about his lifetime achievements and awards, he won Grammy Awards for Best Country Song. Similarly, he won Bronze Wrangler Awards for Theatrical Motion Picture for True Grit.

Glen Campbell: Salary and Net Worth

There is no information about his salary. His combined net worth was around $50 million. But at present, he had a net worth at around $410K.

There was a rumor that he was gay. Currently, there is no rumors and controversies about his personal and professional life.

On talking about Glen Campbell’s body measurements, he had a height of 6 feet. Additionally, he weighted 81 Kg. His hair color was grey and his eye color was blue.

Also, read the affair, salary, the net worth, controversy, and the bio of  Samantha Barks, Cher, Billy Corgan, Lauren Hashian, and Trevor Holmes.