Glen Keane is a married person. He married Linda Hasselroth in 1975 during the production of his debut film. The couple is living a happy life 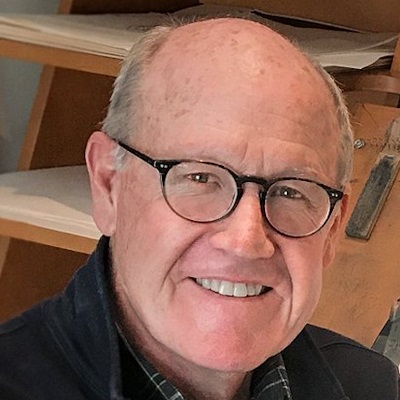 Believe in your character. Animate (or write) with sincerity.

If you are offered the opportunity to do something that you don’t know how to do – say yes, dive in and do it anyway.

Who is Glen Keane?

Glen Keane is a renowned American animator, author, and illustrator. He is the winner of Best animated short film and Winsor McCay awards. Glen is renowned for anime like The Little Mermaid, Beauty and the Beast, Aladdin, Pocahontas, Tarzan, and Tangled.

At present, Keane is working on a 2020  project. Keane was a character animator at Walt Disney Animation Studios for feature films including famous anime.

Glen Keane was born on April 13, 1954, in Philadelphia, Pennsylvania. His father, Bil Keane who was his main inspiration and his mother was Thelma Keane. He grew up watching his father draw cartoons and developed an early interest in art.

He grew up with four siblings including one sister, Gayle Keane and his brothers Jeff, Neal, and Christopher.

Keane was inspired by the drawings of his father therefore after he finished his schooling from Brophy College Preparatory in 1972, Keane applied to the California Institute of the Arts-School of Art. There he studied at Cal Arts under the legendary Jules Engel.

A 38 year veteran of Walt Disney Feature Animation, started his journey with simple mistake His application was accidentally sent to the Program in Experimental Animation (then called Film Graphics).

Glen decided to join film graphics and this is where Jules Engel mentored him. He joined Disney in 1974, where he trained under Walt Disney’s legendary animators Ollie Johnson, Frank Thomas, and Eric Larson.

Glen began his journey animating scenes on “The Rescuers” before being promoted to directing animator on “The Fox and the Hound”.

He is most noted for creating and animating such legendary Disney characters as Ariel in “The Little Mermaid”, Aladdin, Pocahontas, the Beast from “Beauty and the Beast”, and Tarzan. Glen also served as supervising Animator and executive producer on “Tangled”.

Keane said in a letter sent to his Co-workers, “I owe so much to those great animators who mentored me–Eric Larson, Frank Thomas, and Ollie Johnston–and to the many other wonderful people at Disney whom I have been fortunate to work with in the past nearly 38 years”.

Keane set to direct the upcoming Chinese animated film, Over the Moon, which is about a girl named Fei Fei who builds a rocket and flies to the moon to meet a legendary moon goddess. When she reaches the far side of the Moon, “she unexpectedly discovers a whimsical world filled with fantastical creatures–some of whom threaten her and others who ultimately help her find her way home.”

The film is written by Audrey Wells and will release on Netflix in 2020.

Glen Keane is an American animator, illustrator, and author who has a net worth of $2 million. Previously, working as the Cartoonist/Animator glen earns $116,000-$125,000 approximately including/excluding incentives and holidays.

The rumors that Glen Keane was moving on to dreamwork animation was true.

Although, he was the man behind the character design and animation of Ariel, Beast, Tarzan, Aladdin, Pocahontas, and most recently Rapunzel in Tangled. That’s a hell of a hard hand to replace, and doubly but Disney didn’t interfere with his decision and took it in a positive way.

You may want to know more about the net worth, the salary of Tim Burton, Pierre Coffin, and Andrew Adamson.