Reflecting his personal life, he dated Claire While he was working at WPGC. After dating long enough, they married in 1983. Eventually, they were blessed with two daughters, Mary and Hannah.

Despite having a perfect family anyone would dream of, they divorced in 1994 after 1 long year of marriage.

Afterward, he dated Tania and later married in 1999. Fortunately, they were blessed with one daughter, Cheyenne and were generous enough to adopt Raphe later on. During his lifetime, he suffered from health problems time and again. However, his strong mentality and proper treatment have led to some relief.

It seems that he is comfortable to keep his personal life open towards the public. It shows how he loves his fans and leaves no page unturned to make them know what they want.

Moreover, he seems to be a very loyal and dedicated person as there is no any affairs, rumors and controversy regarding his personal life. Apparently, he has a very good relationship with his family and is going very strong till date. 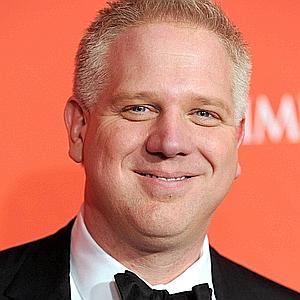 The most used phrase in my administration if I were to be President would be 'What the hell you mean we're out of missiles?'

We're giving our freedoms away. The American experiment was about freedom. Freedom to be stupid, freedom to fail, freedom to succeed. What does it mean to be a conservative? I don't even know anymore. I know what it means to me. It means to me, personal responsibility. That if I've done something wrong, its up to me to pay the price. It's up to me to make it right.

Who is Glenn Beck?

He garnered a lot of fame and popularity as a presenter for his popular radio show airing via Premiere Radio Networks and the Glenn Beck, Glenn Beck Radio Program.

Moreover, he is currently the host of the afternoon program, The Glenn Beck Program, broadcasting on TheBlaze.

He was born on February 10, 1964, in Everett, Washington, U.S. His nationality is American and his ethnicity is mixed(German and English). 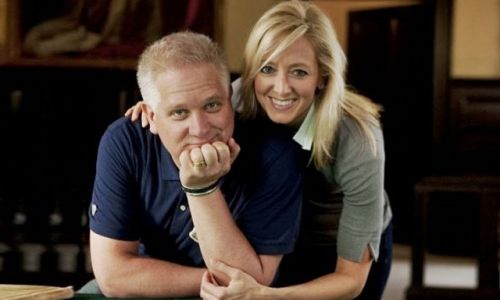 His parents were Mary Clara (née Janssen) and William Beck, who later moved to Mount Vernon, Washington along with Glenn.

He was raised in that place alongside his older sister. Unfortunately, her mother Mary took her own life on May 15, 1979, which prompted him to move to his father’s place, Bellingham, Washington.

Afterward, he enrolled in Sehome High School and later graduated in June 1982. However, there is no information about his education and qualifications in detail.

Glenn initiated his career at the young age of 13 as a host of the local AM stations. His talents later landed him a DJ job at a new Seattle FM station while studying in high school.

Fortunately, his radio program became No. 1 for his coverage of the controversial matter of the Presidential election of 2000.  Adding to that, his show The Glenn Beck Program was airing on staggering 150 stations.

His success didn’t stop there as he landed the role of co-host of the CNN show Headline News. However, he resigned from there after finding a better job at FOX in October 2008.

Additionally, after amassing so much experience he opened his own media outlet TheBlaze after resigning from FOX as well. Also, he released various books.

Glenn Beck: Salary and Net Worth

However, he didn’t step back in criticizing Barack Obama for his history, for which he was criticized in turn for his remarks regarding the ex-president of the US. Surprisingly, he admitted his mistakes and the matter cooled down in 2016.

He has a well-maintained body structure with a decent height of 5 feet and 8 inches (1.78m). His eye color is blue. Currently, his hair color is grey. There is no information about his shoe size, body weight, and dress size.