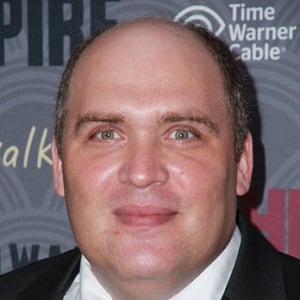 Glenn Fleshler is a married man. There is no detailed information available about his marriage. He also has a son from his marriage. Although not much is known regarding their marriage, it seems to be going strong as there is no news regarding any extramarital affairs at present.

Who is Glenn Fleshler?

Glenn Fleshler is an American actor. People mostly know him for his roles in movies and television series including ‘Billions’, ‘Barry’, ‘Law & Order: Special Victims Unit’, and ‘The Rendezvous’ among others.

Fleshler was born in Queens, New York City, New York in September 1968. He was born in a Jewish family and became interested in the world of acting since an early age. He is of American nationality. Furthermore, there are no details available about his ethnic background at present.

Talking about his education, Fleshler attended New York University’s Tisch School of the Performing Arts and graduated with an MFA.

Fleshler initially appeared in ‘Homicide: Life on the Street.’ Additionally, in 1988, Glenn appeared as Chief Gabbai in ‘A Price Above Rubies’ and Shmuel in ‘Sex and the City.’ In 2000, Flesher had the role as Ernie Gishi in ‘Astronomy of Errors.’ Since then, he has appeared in several other movies and television series. At present, he has more than 40 credits as an actor.

Some other movie and television series that Fleshler has appeared in are ‘The Twilight Zone’, ‘Maniac’, ‘Barry’, ‘The Seagull’, ‘Waco’, ‘Irreplaceable You’, ‘Suburbicon’, ‘The Rendezvous’, ‘BrainDead’, ‘Rock the Kasbah’, ‘Elementary’, ‘The Following’, ‘A Most Violent Year’, ‘Resurrection’, ‘The Knick’, ‘The Cobbler’, ‘Blue Bloods’, ‘True Detective’, ‘God’s Pocket’, ‘Delivery Man’, ‘Gods Behaving Badly’, ‘Boardwalk Empire’, ‘Blue Jasmine’, ‘The Immigrant’, ‘Delocated’, ‘Margaret’, ‘All Good Things’, ‘The Good Wife’, ‘Damages’, ‘Bored to Death’, ‘Law & Order’, ‘Fringe’, ‘Third Watch’, ‘The Job’, and ‘Garmento’ among others. Furthermore, Glenn has also been involved in several theaters works. He has appeared in plays like ‘Death of a Salesman’, ‘The Merchant of Venice’, and ‘Arcadia.’

Fleshler garnered the Screen Actors Guild Award nomination in 2019 for his performance in ‘Barry’ in the category of Outstanding Performance by an Ensemble in a Comedy Series.

Fleshler has not revealed his current salary. Additionally, there are no details available about his estimated net worth at present.

Fleshler has not been part of any notable controversies in his career. Furthermore, at present, there are no rumors concerning his life and career.

Talking about his body measurement, Fleshler has a height of 6 feet 1 inch (1.85 m). Additionally, his hair color is dark brown and his eye color is light brown.