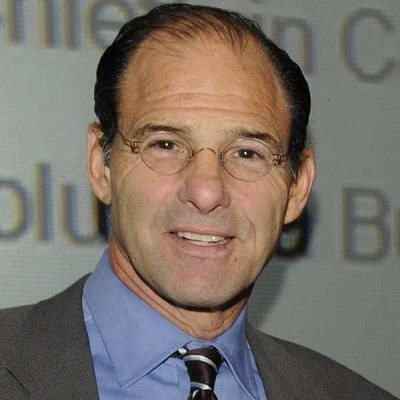 Glenn H. Greenberg is a married man. His wife, Linda Vester is an American Television Host. The wedding took place on the 5th of May 2005. They first met through a blind date which turned into love.

Together, they are blessed with one child.

Previously, he was married to Georgia Sarchet Shreve in St. Paul’s Chapel of Columbia University following the Roman Catholic rituals.

Prior to that, he was married to Judith Bruce in 1971 in a Baptist ceremony in New York City. However, they parted their ways with a divorce in the mid-’70s. From his previous marriage, he has three children making 4 children altogether. Till the date, he has not shared any details about his children.

Who is Glenn H. Greenberg?

American Glenn Greenberg is the managing director of Brave Warriors Advisors. He is renowned for its strategies and investments.

He is also the founder of the Brave Warriors Advisors.

Whereas his mother, Caral Gimbel comes from the business family of Gimbel. His maternal grandfather, Bernard Gimbel is a businessman and president of the Gimbel Department Store.

He has two siblings including a sister, Alva, and a brother, Stephen. His brother, Stephen the co-founder of the Classic Sports Network. They are of Jewish-Germanic ethnicity.

As of child, he was raised in Cleveland. He graduated from the Phillips Academy Andover in Andover, Massachusetts. Moving forwards, he joined Yale University. From the University, he earned a bachelor’s degree with Honors in Arts.

After that, she graduated from New York University with Honors in Arts.  Later, in 1971, he enrolled at Columbia University. From the university, he earned his second master’s degree in Business Administration.

Before Glenn H. Greenberg was enrolled at Columbia University, he used the Principal of a High School. After graduation, he joined Pension Group as the analyst and portfolio manager for Morgan Guaranty Trust. With trust, he worked for 5 years.

In 1978, he left the group to join Central-National Gottesman and worked for Arthur Ross and Edgar Wachenheim.

Moving forward, in 1984, he founded Investment Advisory Firm, Chieftain Capital Management with his partner, John Shapiro. Later, in 2009, the partners parted his way from the business. After that, in 2010, he changed the company’s name to Brave Warrior.

To date, he has not disclosed his net worth which is probably in the range of $15 million. At the time of the split of his business Brave Warrior in 2009, the valuation of the company was in the range of $3 billion.

As a managing director, his earnings are in the range of $66k to $283k. Besides that, he earns through his profit percentage and investments in various sectors including cable television networks.

To date, he has not been through any kind of controversy and rumors that created a buzz in the media.

Glenn H. Greenberg has black eyes and light hair. He has a decent height and weight.