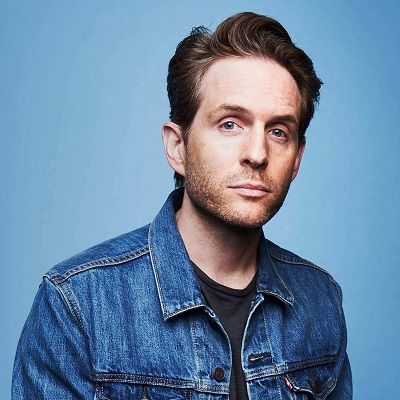 "I was one of those strange people who loved school." "I'm really bad at writing jokes."

"I take my work very seriously, and that's the only way for it to be fun for me."

What is the relationship of Glenn Howerton?

Glenn Howerton is married on September 8, 2009, to actress Jill Latiano.

Who is Glenn Howerton?

Glenn Howerton is an American actor. He is known for his roles as Dennis Reynolds in It’s Always Sunny in Philadelphia.

Gleann is also a producer, screenwriter, and director and he also does voice-overs. Currently, he is in the role of Jack Griffin in A.P. Bio.

His father was a fighter pilot. Glenn’s sister is Courtney Howerton.

Glenn was educated at Jefferson Davis High School in Montgomery, Alabama. He spent two years at the New World School of the Arts of Miami Dade College, Miami, Florida.

From 1996-to 2000 Glenn was part of Group 29 of the Juilliard School’s Drama Division, New York, US and graduated in Fine Arts.

During the 2005s, Howerton was involved in It’s Always Sunny in Philadelphia. He also appeared as a nurse in Crank 2006 and reprised the role in its 2009 sequel, Crank: High Voltage.

This actor undertook small roles in movies in the years 2005-2006 like Must Love Dogs, Serenity, Two Weeks, and The Stranger.

He starred in the 2013 comedy movie Coffee Town. He also had a part as the gun-running Dominic in the 2016 Netflix Original Officer Down, which starred Kim Coates.

Glenn Howerton has auburn hair and blue eyes. He is 5 feet 10 inches tall, and his weight is about 75 kg.