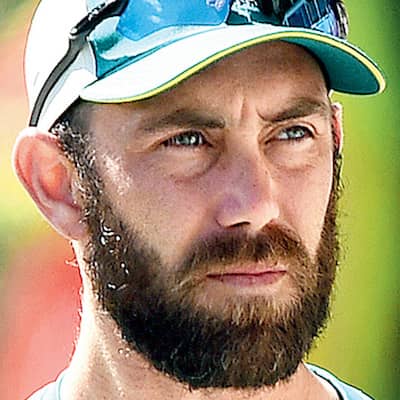 The wedding bells of Glenn Maxwell?

Glenn Maxwell at the present time is engaged with Vini Raman. They were together since 2017 and after two years they took the step of sharing rings. His future wife is of Indian origin and is a pharmacist.

They first grabbed the media after his fiancee was seen with him at the Australian Cricket Awards in 2019. Their engagement was announced in Feb 2020.

This player will tie the knot following the Hindu rituals with her girlfriend turned fiancee Vini on 27 March 2022. The venue for their special day will be the Vogue Ball Room in Melbourne and the ceremony time is between 11.35 am and 12.35 pm.

The yellow glossy paper invitation card of theirs that was printed in Tamil traditions is making news on social media.

Who is Glenn Maxwell?

He at present is playing ODI and Twenty20 cricket match representing Australia. Due to his mental health issues, he left the stadium in Oct 2019.

At the present time, he was selected by the Royal Challengers Bangalore team of IPL for INR 11 crores in 2022.

His birthdate is 14 Oct 1988 and he was born in Kew, Melbourne, Victoria, Australia as Glenn James Maxwell.

The name of his mother is Joy Maxwell and his father’s identity is Neil Maxwell.

Moreover, Glenn’s ancestry is Caucasian and has a brother Daniel Maxwell (older) plus a sister Lisa Maxwell.

As per his academics, he passed out from Upwey High School.

Glenn Maxwell started his journey as a bowler and as of now, he is an all-rounder. From 2012, he started to play for the national team representing Australia.

He has since competed against several countries such as India, Sri Lanka, Bangladesh, and many more.

In the Big Bash League season, he made 82 off 50 balls in 2012–13 against the Sydney Sixers team. He is also one of the eminent players in the Indian Premier League (IPL). At first, he played for Delhi Daredevils in 2012.

By 2022’s sources, he has an estimated net worth of $13 million. Additionally, his yearly salary which he gets from his current team is not revealed.

60% of his earnings came from playing at the Indian Premier League.

He was the most expensive player of the IPL 2013’s auction, as he was brought by ‘Mumbai Indians’ after paying USD 1 million.

This player recently grabbed the media because of his wedding news with her fiancee Vini.

Also, he was accused of fixing a match.

The acquisition was made by Al Jazeera but his name was not mentioned directly in the documentary.

Glenn Maxwell’s height is 6 ft and his body weight is 75 kg. On top of that, he has dark brown hair and has eyes in green color.

He has a toned physique, side-cropped hair, rugged beard, and affable smile.

Glenn is officially present on social sites such as Instagram with around 1.6M fans and on Twitter, he has over 1.6M followers.

But he is not accessible on Facebook and TikTok.