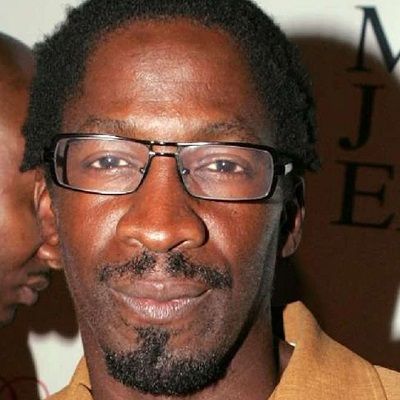 Glenn Plummer is currently single. Previously, he married DeMonica Santiago. DeMonica is a member of group The Good Girls.

Who is Glenn Plummer?

Glenn E. Plummer is an American film and TV actor. Glenn is well-known for playing the role of Dennis Jenkins in 9-1-1.

He won Black Reel Awards in Network/Cable- Best Supporting Actor for The Corner.

He is working as Thomas in pre-production Fuhgedd About It.

Glenn Plummer was born on 18th August 1961 in Richmond, California, US.

He has been active in a TV career for four decades. In 1987, he played the role of Willy Johnson in Hands of a Stanger. After that, he appeared in Who’s That Girl, Bad Attitude, Beauty and the Beast, Hearts of Stone, Hostile Witness, Tour of Duty, Colors, China Beach, Funny Farm, and others.

In the 1990s, he has appeared in many roles in Heat Wave, Cop Rock, Pastime, Murderous Vision, Welock, Trespass, Menace II Society, Dream On, Snake Eyes, There’s No Place Like Homegirl, Speed, Strange Days, Showgirls, The Substitute, Small Time and others.

After that, he made an appearance in Sugar Valentine, Constellation, Go for Broke 2, Brothers in Arms, Saw II, Bones, It Ain’t Easy, Vegas Vampires, ER, Dexter, The Longshots, Raising the Bar, Sons of Anarchy, Cold Case and others.

Recently, he has appeared in Measure of Faith, Monsters in the Woods, Scandalous, Imperial Dreams, The Other Side, Teeth and Blood, Battle Creek, Welcome to the Family, The Sweet Life, Family Time, Gifted, Greenleaf, Shameles, Crimson Blues, Fuhgedd About It, 4 Kings, One and the Same and others.

He has worked as a writer in Calista House, Teeth and Blood, and VooDoo Curse: The Giddeh.

He played the role of Greg Cullen in Gifted which collected $43 million US. Similarly, he played Simon in The Other Side which made box office collection of $14.3 million US.

Glenn has black hair and dark eyes. He is 5 feet 8 inches tall.

You may also read about the age, parents, career, net worth, body measurement and social media of Michael Cassidy (actor), Oliver James(actor), and Wes Brown (actor)