Updated On October 12, 2022 | Published By: Marc Surne | In Career , Interesting Facts
Share this 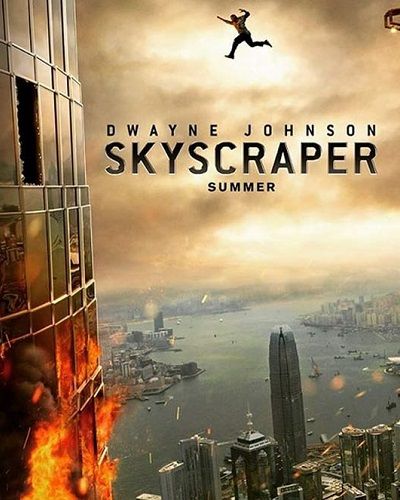 He has more than 199 million followers on Instagram. He has starred in many movies and finally, his new movie ‘Skyscraper’ trailer is out.

The movie is going to release on July 13, 2018, and the movie can also be watched in 3D. His fans are excited after watching the trailer for the movie and are eagerly waiting for the movie to release. After his great success in the Hollywood industry, he has a good hope for his movie ‘Skyscraper’.

He was very excited about his movie ‘Skyscraper’ and has twitter about the trailer.

Ready for #SKYSCRAPER during the game? And it’s still extremely cold up here. #SuperBowl pic.twitter.com/pUowTATin4

The trailer was out on February 4, 2018, on the YouTube channel name ‘Universal Pictures’. In 20 hours, the trailer reached more than 3.4 million views.

The movie is directed by Rawson M. Thurber. The movie will also include actors like Pablo Schreiber, Roland Møller, Byron Mann, Noah Taylor, and Hannah Quinlivan.

The movie is about (Dwane Johnson) who is a ‘Skyscraper’ as a former FBI Hostage Rescue and a team leader. After the war, he loses his left leg, and then he starts to work in security for skyscrapers.

He finds the tallest and the safest building in the world on assignment in China and suddenly the building burns. Somehow he should clear his name and rescue his family.

Jumanji star Dwayne Johnson has announced that he will be hosting the show “The Titan Games,”  and the show will be featured on NBC.

He has also decided to produce the 10th episode series with Dany Garcia and will give a great opportunity to regular people to participate in the show ‘Titans’.

Dwayne Johnson Set to Produce and Star in ‘The Titan Games’ for NBC (EXCLUSIVE) https://t.co/VDvl81vFt3

Also, read Dwayne Johnson: his smooch with Zac Efron, his Midas touch and his movie ‘Baywatch’

Dwayne Johnson is an American actor, producer, singer, and professional wrestler. He is very famous for his nickname ‘The Rock’. Dwayne has mainstream fame in the world of wrestling. He was the major figure in the company’s Attitude Era, Dwayne was also the first third-generation wrestler in the company’s history.

He has been listed as one of the all-time greatest professional wrestlers. Dwayne holds the record for the Raw shows’ main event in a year. His roles are highly appreciated in each movie that he plays including ‘Fast and the Furious Series’. More Bio…