Gloria Estefan is married to Emilio Estefan. Her husband, Emilio is a music artist and producer by profession.

She first met Emilio in 1975. At the time, he was performing at a church ensemble rehearsal. The couple started dating each other in 1976.

After dating for two and a half years, they got married on the 2nd of September 1978. She also revealed that the first and only boyfriend that she had.

Together, the couple is blessed with two children including a son, Nayib (born 2nd of September 1980) and a daughter, Emily (Born: 5th of December 1994), Emily is a music artist whereas Nayib is a filmmaker by profession. 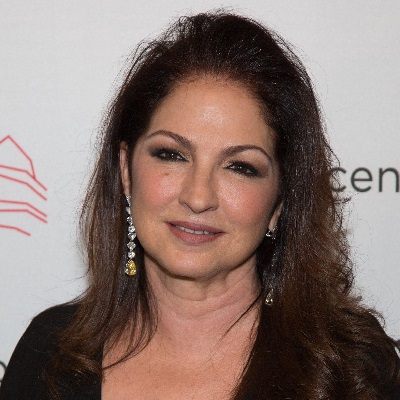 Who is Gloria Estefan?

Gloria Estefan is a multiple Grammy Award-Winning singer, actress, and businesswoman. She is renowned for her albums including Cuts Both Ways, Éxitos de Gloria Estefan, and Into the Light.

Next, she will appear in the talk TV series, Red Table Talk: The Estefans.

Gloria Estefan was born on the 1st of September 1957 in Havana, Cuba. Her birth name is Gloria María Milagrosa Fajardo García.

His father, Lt. Jose used to be a Cuban Soldier. Also, he was an escort of the wife of the Cuban dictator, Fulgencio Batista. After the Cuban revolution, his family migrated to Miami, Florida. Later, he joined the US military and fought in the Vietnam war and the Bay of Pigs Invasion.

Her mother, Lt. Gloria was a teacher by profession. She was a Ph.D. holder in Education. Her family originally hailed from Spain and settled in Cuba. However, she fled to the US after the Cuban revolution.

She has a sister, Becky Garcia. They are of Mixed (Spanish, Italian, Portuguese, and French) ethnicity.

Concerning her educational background, she is a graduate of the University of Miami. In 1979, she earned a bachelor’s degree with Honors in Psychology with a minor in French literature.

During their University days, she used to work as a translator for Spanish, English, and French translator.

Before that, she attended St. Michael-Archangel School and Our Lady of Lourdes Academy in Miami.

In the mid-’70s, Gloria Estefan started her music career with the band, Miami Sound Machine as a lead vocalist. In 1977, the band released its’ first album, Live Again/Renacer with two different covers. Moving forward, the band released hit albums including Eyes of Innocence and Let It Loose.

In 1989, she expanded her career as a solo artist. The same year, she launched the album, Cuts Both Ways. The album headed to the 8th position in the US Billboard and 1st position in UK Albums. Also, the album received 3X Platinum certification too.

Following the album, she gave back-to-back hit albums Into the Light, Mi Tierra, Christmas Through Your Eyes, Gloria!, and Unwrapped. In October 2006, she released the 2-CD compilation, The Essential Gloria Estefan which consists of her hits singles from 1984 to 2003.

On the 18th of September 2007, she released her 11th solo album, 90 Millas under the recording labels; Burgundy and SongBMG. The album debuted at the 25th position on the Billboard 200. After the album, She released the albums like Miss Little Havana (2011), and The Standards (2013).

Last, on the 13th of August 2020, she launched her first bilingual album, Brazil305 with 18 tracks. The single, Cuando Hay Amor from her latest album peaked at the 1st position in the US Billboard Tropical Digital Sales.

Apart from being a music artist, she is also an actress. In 1999, she made her acting debut with the musical movie, Music of the Heart as Isabel Vazquez.

After that, she appeared in TV series like Blue’s Cluse, Frasier, Glee, and One Day at a Time in minor roles limited to a single episode only.

She and her husband, Emilio owns many Cuban-themed restaurants including Bongos Cuba Cafe Seminole Hard Rock Hotel and Casino, and Disney Springs. Also, she owns two hotels; Costa d’Este and The Cardozo.

Apart from that, the major source of her income is her business ventures including serval Cuban-themed restaurants. Apart from that, she and her husband own a significant stake of the NFL team, the Miami Dolphins.

Gloria Estefan has brown eyes with brunette hair. Her height is 5 feet 1 inch and weighs around 55 kg. Also, her body measurements are 34-25-33 inches.

As of now, she has managed to maintain herself as an actress and singer. To date, she has not been involved in any sort of controversy and scandals that created a buzz in the media.

Besides that, she has reminded far from any type of rumors too.

She also has a self-titled YouTube channel with over 470k subscribers and around 341.6 million views.

You may also read the bio of Tommy Mottola, Nikohl Boosheri, and Meghann Fahy.