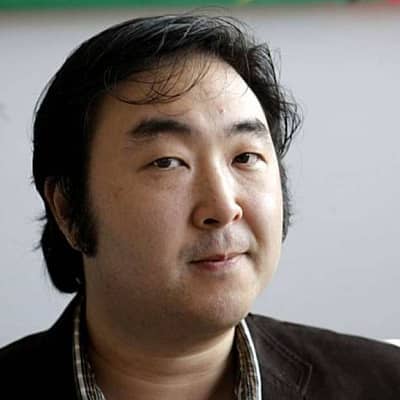 There is not much information regarding Goh Nakamura’s personal life.

Who is Goh Nakamura?

Gon Nakamura is am renowned Singer, Songwriter, and also a Music Composer. In the year, 2007 Goh was featured on YouTube’s front page and it brought his music videos over a million views.

Then he earned his new fanbase from all over the world and is now one of the loved ones in the musical industry.

Goh has also starred in the film’s sequel, Daylight Savings.

Up to now, information regarding his birth, father, and mother are behind the curtain. Nakamura belongs to Japanese American nationality and is of Asian ethnicity.

However, he has a passion for music from his childhood. He joined Music school and started his career.

He completed his education from The Berklee College of Music.

Goh Nakamura’s guitar and vocal work are featured in the movies like A Good Year, American Gangster and Body of Lies. His track “Daylight Savings” was also featured in the film Feast of Love.

Nakamura started his acting from Dave Boyle’s award-winning film, Surrogate Valentine. In the movie, he played a fictionalized version of himself. Nakamura won a Special Jury Prize for Acting from the Dallas International Film Festival for his performance in the movie.

He is seen in the film’s sequel, Daylight Savings which was also premiered at different film festivals. Furthermore, in another award-winning independent film Life Inside Out (2014), he has played as “Uncle” Sam.

Goh reprises his role as “Goh” in the third Surrogate Valentine movie “I will make you mine” directed and written by Lynn Chen. Nakamura became “The New American Filmmaker” made by the Vilcek Foundation, 2012 in Hawaii International Film Festival.

As a Film Composer

Goh has worked on The Bruce Lee documentary movie “Be Water,” which was premiered at the 2020 Sundance Film Festival and is currently showing on ESPN.

He was also commissioned by the Philadelphia Asian American Film Festival in 2017 and by the Center for Home Movies and the National Registry to score two silent home movies.

There is no information about this actor’s earning and net worth.

He hasn’t been into any controversies yet. The singer has maintained good relations with everyone in his professional and personal life and is far from all of these controversies.

Goh Nakamura has decent height and weight but the exact measurement is unknown. He has black colored hair and black colored eyes.

Furthermore, he has her own YouTube channel with over 3.8K subscribers.

Also, get to know about Laurieann Gibson, Sonia Rodriguez, and Amy Marie Gaertner.