WWE wrestler Dustin Patrick Runnels is married and a father of one. 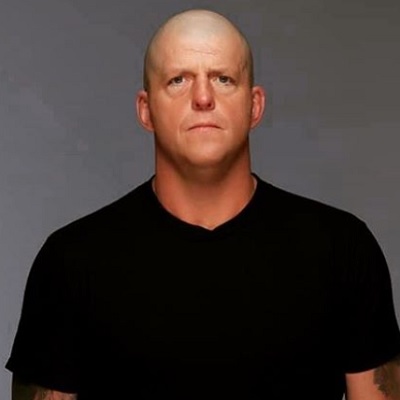 Previously, he married Milena Martelloni on 20th December 2002. But their marriage did not work out so they divorced on 21st August 2003 after almost a year.

Before Milena, he was married to Terri Runnels. Terri is the manager in Dustin’s second run with the WWE. They married on 25th July 1993 and divorced after 6 years on 18th October 1999. Together, they have a daughter, Dakota Avery born in 1994.

Dustin Rhodes is an American professional wrestler under the stage name Goldust.

Goldust is famous for his multiple tenures with WWE from 1995 to 2019 as an enigmatic, flamboyant, sexually ambiguous character.

He is a three-time Intercontinental Champion and nine-time Hardcore Champion. On 2nd August 2019, he signed a multi-year WWE contract with All Elite Wrestling.

Dustin Patrick Runnels was born on 11th April 1969 in Austin, Texas, US. He is the son of Dusty Rhodes and Sandra Runnels. His father’s name is Virgil Runnels but he is best known as ‘The American Dream’ Dusty Rhodes.

Dusty Rhodes was an American professional wrestler, booker, and trainer known for his work for the National Wrestling Alliance. Similarly, he has a sister Kristin Runnels Ditto, a former Dallas Cowboys Cheerleader.

Fractured arm after the beatdown

In November 2019, in an episode of AEW Dynamite, Cody Rhodes and Chris Jericho signed a contract. After the segment Jake Hager beatdown Dustin. James slammed the arm of Dustin in a car door and he was left laying on the ground.

After the incident, Dustin’s arm got fractured which he showed to the fans on Twitter.

Dustin made his wrestling debut on 13th September 1988 as ‘Dustin Rhodes where he defeated Bob Cook in a match for the Tampa-based Championship Wrestling from Florida.

On 14th December 2010, Dustin released his autobiography Cross Rhodes: Goldust, Out of the Darkness.

Dustin has a house in Gainesville, Florida US.

Dustin has blond hair and brown eyes. He is 6 feet 6 inches and weighs around 105 kg.