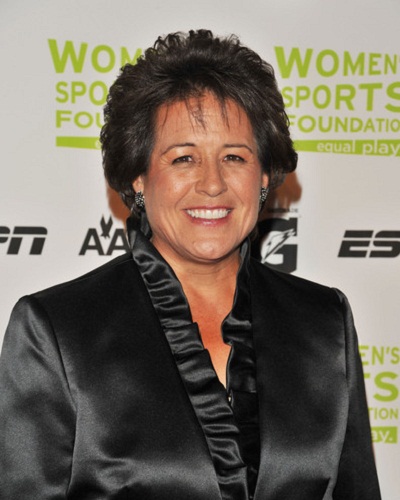 She was also inducted into the World Golf Hall of Fame in 1987. She has been playing on the LPGA Tour as its member since 1977.

In 1979, Nancy got married to Tim Melton. Tim Melton is a Houston sportscaster. However, this married life lasted only for a short period. They got divorced in 1982. Her extra affair was revealed to be the reason behind this divorce.

You may like to read American actor Mario Lopez is a father for the third time! His wife Courtney delivered a baby boy on 8 July 2019!

A few weeks later after Nancy dissolved her first married life, she was found with Ray Knight. Ray Knight known for his games for Cincinnati Reds and New York Mets is a retired Major League Baseball corner infielder. They got married in October 1982.

She got married to Ray Knight at the end of 1982. As a married couple, they welcomed three children together. Their marriage bond lasted for almost three decades and they got divorced in 2009.

Lopez and her hubby split up after 27 years of marriage. They have three children together. In an exclusive interview, a source told radaronline.com that the bond between the two is “really strained” and that the couple has naturally grown apart. The source Lopez is looking to “make it legal.”

After two unsuccessful marriages, Lopez currently is a single woman. She was a member of the United States Solheim Cup team in 1990 and was captain of the team in 2005.

In 2002, Lopez retired from regular tournament play. but she attempted a return in 2007 and 2008. She is now busy with her professional life.

Also read Chrissy Teigen’s second pregnancy with husband John Legend. Not a big fan of a baby bump instead wants a big butt

Nancy Lopez is an American citizen. She is a professional golf player. Lopez has won 48 LPGA Tour events. She is best known as the LPGA golfer of all time. More Bio…