Updated On February 2, 2023 | Published By: Neil Richard
Share this
Single 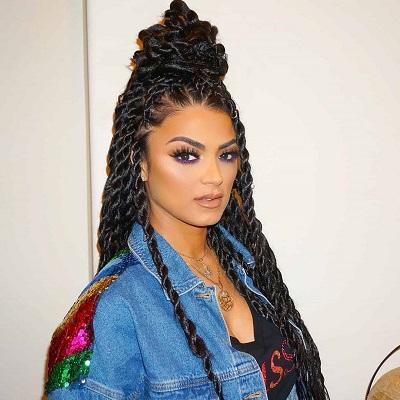 What is the relationship of Golnesa Gharachedaghi?

Prior to that, she was married to Shalom Yeroushalmi. They used to live in the same complex and first met on the elevator lift. Soon after that, they started dating. They were married on the 25th of January 2017. However, Golnesa filed for divorce within 7 weeks of their marriage.

Currently, the actress is experiencing a new feeling of motherhood. Recently on the occasion of her baby shower, she revealed that she is going to be a mother to a baby boy whom she named Elijah.

Who is Golnesa Gharachedaghi?

She is also the founder and the CEO of Wüsah a Cannabis Wellness Brand.

What are the birth facts of Golnesa Gharachedaghi?

Golnesa Gharachedaghi was born on the 27th of November 1981 in Los Angeles, California.

Her father, Mahmoud Gharachedaghi is an Architect who runs boutique architecture firms.

Also, her mother runs the textile and garment industry. They moved to Los Angeles in 1975 from Iran after their marriage.

Her elder sister is also a businesswoman who runs business ventures that includes real estate, fashion, and beauty.

During High School, she was a gymnast. At the age of 15, she also competed for a place in the US Olympics team. However, she left gymnastics.

– In 2012, she started her career as a TV  personality. The same year, she landed in the TV series, Shahs of Sunset. The series is based on the life of six  Persian-American friends in Los Angeles with a luxury lifestyle. The series illustrated the hardship they go through to maintain their friends’ circle and traditional values.

– After the series, she became a well-known name in the TV industry. After that, she had her appearance in the TV series including The Jeff Probst Show, Watch What Happens Live with Andy Cohen, and Bethenny.

– With the series, Shahs of Sunset she has completed the 8 seasons including 70 episodes.

– Apart from being a TV personality, she is also a businesswoman who has founded the business brands like Wüsah and RoGo Farms. She is also the co-owner of the G.G.’s Extensions along with her sister.

Also, her earnings as the CEO of Wüsah are in the range of $74k to $401k. Apart from that, she also earns through the hair extension business line that she owns with her sister.

Was Golnesa Gharachedaghi a Drug Addict?

During an interview, she recalled her past when she was involved with drug addiction.

At the tender age of 11, she was introduced to drugs in the various parties that she used to attend.

Slowly, she became a drug addict. During that time, she tried cocaine to cannabis. However, reality TV actress won the battle against the drug. For that, she was also admitted to the rehabilitation center too.

Gharachedaghi likes to try different things when it comes to fashion.

Looking one year back, she had been through a controversy when she posts her photo. On her twisted hair calling it Senegalese twists.

The post created a problem for her when some people brought up cultural issues. Later, she cleared the air saying that she had not insulted anybody’s culture.

Also, she added that she is showing appreciation to the culture and wanted to replicate it.

In order to help such people, she trained to be an addiction treatment counselor. Also, she built a half-house for people who are suffering from such addiction.

Golnesa “GG” Gharachedaghi shares on her social media that she is now ‘officially divorced’!