Gonzalo García Vivanco is a Mexican actor and a model. He is best known for his participation in the series Soy tu fan and Relaciones Peligrosas. 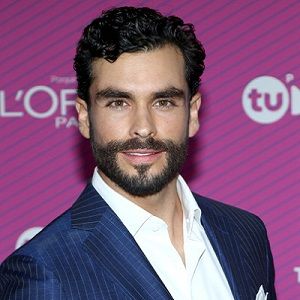 What is the relationship of Gonzalo Garcia Vivanco?

Previously, Vivanco has been in a relationship with Karla Souza in the year 2009. Karla is a Mexican-American actress. However, the couple separated in the year 2010.

Who is Gonzalo Garcia Vivanco?

Gonzalo Garcia Vivanco is one of the popular Mexican actors who appears in telenovelas and a model. Gonzalo García Vivanco is popular playing for the series Soy Tu fan.

He also appears as the antagonist in the telenovela Relaciones Peligrosas. He is famous for La Patrona in his career that spans in 2003.

Gonzalo was born on December 25, 1981, in Guadalajara, Jalisco, México. There is no information on his father and mother. He has three brothers Pablo Ignacio García Vivanco, Juan Cristóbal García Vivanco, and Marcos García Vivanco.

They are Juan Cristobal, Paul Ignacio, Marco. The actor also has a sister named Natalia. Their family moved for a year to Seville, Spain, before returning to Guadalajara, when he was 10 yrs old. He studied at Liceo del Valle.

When he was 19 yrs old, Garcia studied for three years at the Center for Studies and Training Actoral (CEFAC) of TV Azteca. He studied at the Liceo del Valle and at the school of theater CASA AZUL.

Gonzalo started his career at a young age and has studied different training sessions.

At the age of 19, he studied for three years at the Center for Studies and Training Actoral (CEFAC) of TV Azteca. He uses to participate in different shows. He has appeared in some of the company’s television productions, such as the telenovelas Las Juanas, Soñarás, and Un nuevo amor.

After that at the school of theater CASA AZUL. He decided to go to Madrid and Spain to continue studying acting. He developed his acting skills from those sessions. In Spain, he visited several European countries. The actor has also worked as a waiter, in public relations, and as a model, in order to fund his travel.

He also built up his career by acting gon different series. His series included Los Miserables. The actor played there for one episode as the character Pedro Morales. He is also popular for playing the role of Flavio Gallardo, the protagonist of the series Tierra de Reyes.

Gonzalo has been nominated for various awards. He has won the Best Supporting Actor Award in 2013 in the Premios Tu Mund category.

Gonzalo has good earnings as he is one of the renowned personalities. As of 2022, his net worth is $5 million.

The actor normally doesn’t prefer to share his private matter on media and so he isn’t involved in any kind of controversies.

Gonzalo García Vivanco has an Athletic built body. He has black colored hair and amber-colored eyes. The information about his height is 7 ft 3 inch and his weight is unknown.