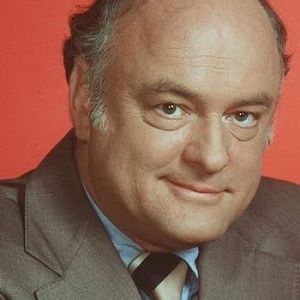 Gordon Jump was a married man. He married three times. Firstly, he married Olinda D. Kandt in 1954 and got divorced in 1962. Secondly, he married Anna F. Inge Jump in 1963 and the couple got separated in the year 1992. Lastly, just a year later in 1993, he married Betty McKeever and the marriage lasted till Gordon’s last breath.

Similarly, he had five children. They are Cynthia, Kiva, Maggi Jo, Christopher, and Laura Jump.

Who was Gordon Jump?

The American actor Gordon Jump was known as the clueless radio station manager Arthur “Big Guy” Carlson in the TV series WKRP in Cincinnati. Similarly, he was famous as the incompetent “Chief of Police Tinkler” in the sitcom Soap. He is known for his last movie Changing of the Guard which was released after his death in 2004.

He is no more with us as he died on 22nd September 2003 at the age of 71 years. The reason for his death was due to pulmonary fibrosis (respiratory failure). He expired at his home near Los Angeles, California and his dead body was buried in El Toro Memorial Park, Lake Forest, California, United States.a

Gordon Jump had the birth name, Alexander Gordon Jump. He was born on 1st April 1932 in Dayton, Ohio, US. There is no information about his parents and siblings. Similarly, his nationality was American but his ethnicity is unknown.

Talking about his education, he attended Otterbein College in Westerville, Ohio and graduated in 1955. In the year 1957, he graduated with a degree in journalism from Kansas State University, where he was a member of Kappa Sigma Fraternity.

He started working at radio and television stations in Manhattan and Topeka, Kansas. In Topeka, he did the weather on WIBW-TV in the year 1959. Similarly, he began his acting career in the 1960s with minor roles in television on such shows as “Get Smart”, “Lancer”, “Here Come the Brides”, and “Green Acres”.

Similarly, he guest-starred in a number of series during the 1970s which include “The Rockford Files”, “A Touch of Grace”,” Paul Sand in Friends and Lovers”, “The Incredible Hulk” (in an October 1978 episode called “Ricky”) and many more.

In the year 1978, Gordon Jump landed his signature role of Arthur “Big Guy” Carlson on the situation comedy WKRP in Cincinnati. Likewise, he portrayed the role of a bumbling radio station manager whose main qualification for the job is being the son of the station’s owner. Some of his recent movies were A Dog’s Tale, The Singles Ward, and Dismembered.

Furthermore, his last movie role was in the 2004 film Changing of the Guard, released after his death.

This beloved actor hadn’t received any awards or nominations.

He had earned a huge amount of money from his career but he had not revealed his salary and incomes. But as per some sources, it is known that he had an estimated net worth of $15 million.

There are no rumors and controversy about Gordon. He had a successful career.

Talking about Gordon Jump’s body measurements, he had 6 feet 1-inch height. Similarly, he had salt and pepper hair color with brown eyes.