Grace Gummer is an actress and she is popular for her recurring roles in ‘The Newsroom’ and ‘American Horror Story: Freak Show’.

Grace Gummer is currently in a marriage relationship with a keyboardist, Tay Strathairn. The duo began dating since 2017 ad they were often seen together in different places.

Then on 10 July 2019, this couple exchanged vows. But they started to live separately from August only.

However, the wedding is now ending with a divorce. In March 2020, Grace filed for separation from Tray. The reason stated is irreconcilable differences.

Previously, she dated a guy in 2010 but she did not reveal his name. After that, she was in a relationship with a guy named Billy Crudup in 2011 but they break after spending some time with each other.

After that, she was in a relationship with a guy who was from the musical field and they spent the whole summer together but they also parted away after some months of their relationship. 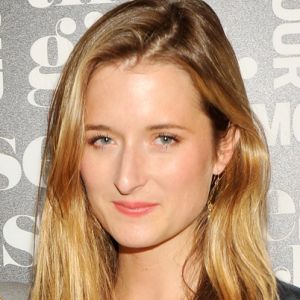 I played lacrosse for a hot second, but I was mainly a swimmer - captain of my swim team

There's something magical about theater. You can live the character every single day to the point where you become that person

I'm just lucky to have great parents. My sister's an actress. My brother's a musician. I found it hard growing up in such a... creatively driven family. I wanted to have this thing to create, myself.

Who is Grace Gummer?

Grace Gummer is an American actress and she is popular for her recurring roles in ‘The Newsroom’ and ‘American Horror Story: Freak Show’.

She is also well recognized for her regular roles in ‘Extant’ and ‘Mr. Robot’.

She was born on May 9, 1986, in New York City, New York, USA. Her nickname is Grace and she is currently 32 years old. Her father’s name is Don Gummer and her mother’s name is Meryl Streep (actress).

She attended Vassar College and graduated from there in 2008, majoring in Italian art history.

Grace Gummer debuted her acting career from the film ‘The House of the Spirits’ in 1993 in which she appeared as the younger version of her mother’s character, Clara del Valle. After graduation, she appeared in ‘The Sexual Neuroses of Our Parents’ in 2008 and appeared as Anna Moore in the show ‘Gigantic’ from 2010 to 2011.

Also, she has been portraying the role of Dominique DiPierro in the television series ‘Mr. Robot’ from 2016 till 2019.

Grace has won Theatre World Award (2011) and Women Film Critics Circle Award in the category Best Ensemble Cast for ‘The Homesman’ in 2014.

The talented actress has an estimated net worth of around $5 million as of 2022, and she has earned that sum of money from her career.

It seems the actress has not been involved in any type of rumors and controversies in her career.

Nancy Lee Grahn
Tags : ‘The Newsroom’ American Actress The House of the Spirits