Grace Mulgrew is a YouTube Star. She is currently single.

Grace Mulgrew’s currently single. As of now, she is too young to form any type of romantic bond.

Also, she has not shared any details on her teenage flings. 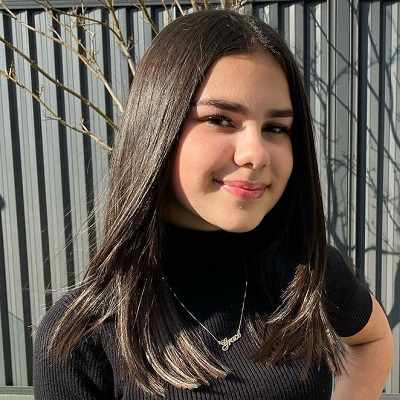 Who is Grace Mulgrew?

Grace Mulgrew is a YouTube Star. Mulgrew is renowned for her Barbie doll content on her channel that went viral on the web.

Grace Mulgrew was born on 16th February 2006 in Melbourne, Australia to Gerg Mulgrew. She is of Irish ethnicity.

Her father, Mulgrew is in charge of the technical department of her channel. Previously, he used to work for a software company. He left his work to support his daughter’s YouTube channel.

She has a younger brother, James. James often makes his appearance in Grace’s YouTube videos. Details on her academics are not available. Possibly, she is attending Middle school.

She created her YouTube channel on 13th May 2012. On the same day, she uploaded her very first content, Barbie-Anneliesse’s New House. In the video, she introduced her barbie house including various rooms. In video went viral within no time. Currently, the video has over 53 million.

Despite the popularity of the video, she uploaded her second video, Barbie’s Cruise Ship Adventure after one year. As of now, she has 73 million views on her second video. Besides her video, the story behind her video happens to be a key ingredient of such videos. Currently, her main YouTube channel has 2.35 million subscribers with more than 2.64 billion views.

Besides her main YouTube channel, she also runs her second YouTube channel, Grace’s Room where she addresses emails of her fans and makes vlogs. Also, she makes Q&A sections on her channel.

Also, she has a third YouTube channel, El Mundo de Grace where she makes her Barbie content in the Spanish language.

She has black eyes with black hair. She stands at a height of 5 feet and 1 inch and weighs around 42 kg with a slim body type.

She is active on Instagram with the handle, gracesworldofficial with 69.6k followers.

On the platform, she is following the personalities like Riley Diary, Harvey Petito, and Morgan Hepworth. Also, she has 6.3k followers on Facebook.

You may also read the bio, age, family, education, career, net worth, salary, and social media of Jackson Mecham, Katie Betzing, and BrookeAB.

Rapper Kirshnik Ball a.k.a Takeoff: His Overnight Success in his Career…Is he Single? His Relationships, Career, Hook up!