Ani Achola in Netflix’s hit series, 13 Reasons Why. She is possibly single.

Previously, she was in a relationship whose name is not known.

Her mentor is Billie Piper who is an English actress, dancer, and singer. 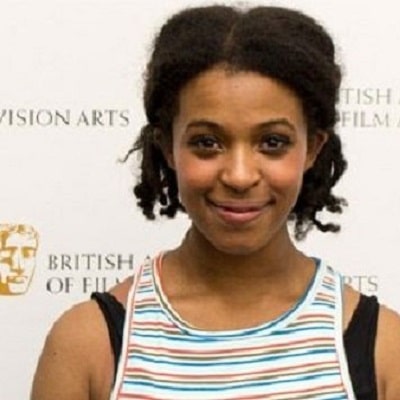 Who is Grace Saif?

Grace Saif is a British actress. Grace Saif is famous for her role as Ani Achola in Netflix’s hit series, 13 Reasons Why.

Her renowned movies are Wilton and Night Out.

Grace Saif was born on 7th October 1995 in Manchester, England to parents of Afro-British ethnicity.

She studied at the Royal Academy of Dramatic Art, London, England and graduated with a B.A. degree in acting in 2017.

She was starred in all the 13 episodes of 13 Reasons Why, Season 3.

Moreover, she voiced for the video game, World of Warcraft: Battle for Azeroth; as Abby.

In 2017, she depicted a minor role of Angel Hurley in the drama series.

After a year, she appeared in a short film called ‘Night Out’ in which she portrayed Shabs.

She deleted her Instagram account after people started trolling her on social media over her character Ani Achola on 13 Reasons Why.