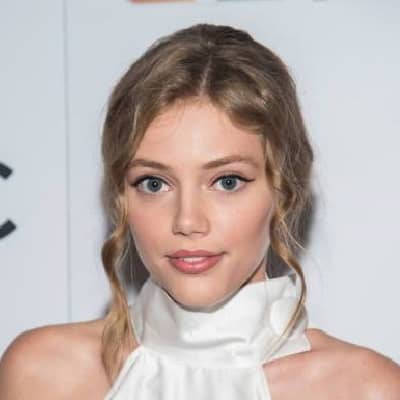 Grace Van Dien is currently single as of 2020.

She shared in an interview that she has been in a relationship with a co-actor whom she met in Israel while working on a Netflix project. Yet she didn’t reveal his name.

Who is Grace Van Dien?

Grace Van Dien is a famous American actress who gained popularity from her role in the Netflix series, Greenhouse Academy.

She was raised in Malibu and she later shifted to Santa Monica in Los Angeles, California.

She also has an older brother, Cappy Van Dien who is also an actor.  Her other siblings are Maya Van Dien, Celeste Van Dien, and India Oxenberg.

Dein is the niece of Sudi Van Dien and Bentley Mitchum and is the stepdaughter of Catherine Oxenberg.

Dien attended a high school in her local city. Though there is not much information regarding her education.

Grace Van Dien said once that initially, she wanted to be a writer. She has also provided her vocals to the video game, Starship Troopers, in 2005.

Grace made her first feature film appearance in the fantasy adventure film, Sleeping Beauty, in 2014.

Likely, she made her on-screen debut from the reality TV series, I Married a Princess in the year 2005. It was produced by her stepmother Catherine Oxenberg along with her husband.

Furthermore, she has worked on various movies such as The Village, Charlie Says, and many more.

Likely, she played the role of Brooke Osmond in the TV drama series, Greenhouse Academy. Furthermore, she also portrays as twins Olivia and Quinn in the thriller drama movie, Bad Twin, in 2016.

Her performance is loved by the audience and she has various other movies and projects to work on.

Likely, her father, Casper Van Dein has an estimated net worth of $7 million. And she is having a lavish lifestyle with her parents.

Grace was rumored to be dating an American actor, rapper, and drummer Chris O’Neal. Out of it, the actress is far from any sort of controversy until now.

Moreover, she has a perfect figure with the body measurements of 34-24-35 inches.

Also, get to know about Millie T, Hamzah The Fantastic, Yodelinghaley, and Sarah Power.