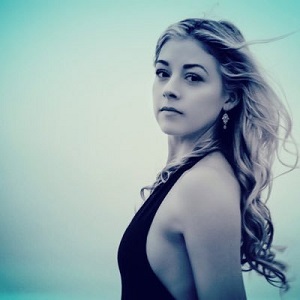 Gracie Gold has not been married till date. Gracie Gold had a very secretive dating affair with her alleged boyfriend, Gus Kenworthy. Kenworthy revealed in an interview on the Today Show that he was hanging out with Gold. Gracie was also linked to a high school student, Dyer Pettijohn when he posted a video asking Gracie out for prom. Gracie Gold has also been linked to being in a relationship with her alleged boyfriend Max Aaron. Gold posted a picture of her love note along with many cupcakes for Aaron. Aaron is best known as a former Junior National Champion figure skater.

Who is Gracie Gold?

Gracie Gold is an American figure skater. She is the 2012 World Junior silver medalist and a two-time U.S. national champion. At the 2014 Winter Olympics, she received a bronze in the team event and placed fourth in ladies’ single skating. Her highest place at a World Championship is fourth.

Gold was born as Grace Elizabeth Gold on August 17, 1995, in Newton, Massachusetts, USA. She nationality is American and ethnicity is mixed(English, Scottish).

She was born to Denise, an ER nurse, and Carl Gold, an anesthesiologist. Her fraternal twin sister, Carly Gold, is younger by 40 minutes and also competes in figure skating. Gold grew up in Springfield, Missouri, before moving to Springfield, Illinois. Gold started skating at age 8.

Gold started her career, competing in pairs with Sean Hickey. They placed eighth in juvenile pairs at the 2007 U.S. Junior Championships. She also secured the fourth position on the novice level at the 2010 U.S. Championships. The next season, she competed on the junior level but finished sixth at the Midwestern Sectionals and failed to qualify for the national championships.

Gold was named to the US team for the 2012 World Team Trophy. In her senior international debut, she finished fifth overall. Team USA finished second overall.

Gold finished seventh in her senior Grand Prix debut at the 2012 Skate Canada. In the 2012 Rostelecom Cup, she won the silver medal. At her first senior U.S. Nationals, Gold won silver. At the 2013 World Team Trophy, she finished third overall. Team USA won the team gold for the second time since 2009.

She won silver at her first event of the 2013-14 season, the U.S. International Figure Skating Classic. During the 2013–14 ISU Grand Prix series, Gracie competed at the 2013 Skate Canada, winning the bronze medal overall. Meanwhile, at the 2013 NHK Trophy, she finished fourth.

At the 2014 US Championships, Gold secured her first senior national title. She was named to the U.S. team for the 2014 Winter Olympics. There, she won a bronze medal in the Olympic team event and finished fourth in the ladies singles event.

Gold began her season at the 2014 Nebelhorn Trophy, an ISU Challenger Series event, where she won the bronze medal. For the 2014–15 ISU Grand Prix season, she was assigned the 2014 Skate America and the 2014 NHK Trophy. She won bronze at the former and gold at the latter. She qualified for her first Grand Prix Final, but withdrew on December 4, 2014, due to a stress fracture in her left foot.

Gold competed on Team USA at the 2015 World Team Trophy. She placed first in the short program with a score of 71.26, the highest score ever recorded for an American woman in an ISU event. However, she placed fifth in the free skate. Overall, Team USA placed first.

Her assignments for 2015–16 Grand Prix Series were the 2015 Skate America and 2015 Trophée Éric Bompard. Gold won the silver medal at Skate America. She then placed first in the short program at Trophée Éric Bompard. Unfortunately, the event was canceled on November 14 due to the state of emergency in France following the November 2015 Paris attacks. On November 23, the ISU announced that the short program standings would stand as final placements, thus securing Gold her spot in the 2015 Grand Prix Final, where she ranked 5th overall.

She finished 6th at the 2017 U.S. Championships and was left off the Four Continents and World Championship teams for the first time ever in her senior career.

Gold will start off the 2017-18 season with Japan Open, as a member of Team North America. Likewise, she also has been assigned to 2 Grand Prix events: 2017 Cup of China and 2017 Internationaux de France.

Gracie Gold: Salary and Net Worth

There are no any much significant rumors and controversies regarding Gracie Gold in the mainstream media till date. She has thus far, managed to keep her image clean in the eyes of the general public.