Gracie K is an American YouTuber and Social Media Star. She is possibly single.

There is no information regarding her present love life. Gracie K is tight-lipped when it comes to talking about her personal details. She is possibly single for now. Likewise, she keeps on posting photos with his buddies. Currently, she is serious about her career and working hard on it.

Moreover, there isn’t any information regarding her past affairs and dating history. 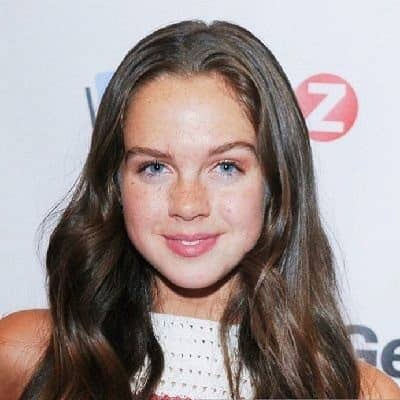 Who is Gracie K?

Gracie K is an American YouTuber and Social Media Star.

She is popular as an autonomous sensory meridian response (ASMR) content creator.

She often posts videos of a collection of lifestyle, vlogs, and ASMR.

She is an accomplished Youtuber with over 1.52M subscribers.

She was born to her mother, Cori Russell. Her parents separated while she was young and she is currently living with her mother and step-father in Colorado. She is an avid animal lover and wants to become a wildlife conservationist or an oceanographer in the future. Gracie owns a pet dog.

Moreover, she is a good musician and can play the piano and ukulele. She is a fan of The Beatles. Gracie has been fighting against eating disorders since she was nine years old. Due to it, she has suffered from depression, weight loss, and anxiety. Further, she was also diagnosed with Transverse Myelitis when she was around 13 years old.

She holds an American nationality and is a Sagittarius. Moreover, she has not provided information regarding her educational background.

She came into the limelight after she started uploading autonomous sensory meridian response (ASMR) content on her channel.

Her channel is famous for its content of lifestyle, vlogs, and ASMR. She posted her first video titled ‘ASMR doing your makeup’ on 28 December 2017 and gained millions of views from it. She continued to upload more videos day by day.

In a short amount of time, Grace became a success to add more subscribers to her youtube channel day by day. She is most popular for her ASMR videos. Gracie talks about her daily life and recovery process from the ailments she is suffering from.

She holds over 1.52M loyal subscribers on her ‘gracie k’ YouTube channel. Likewise, she often gets sponsorship deals from various companies and brands.

Her videos have gained outstanding publicity. Gracie’s overall videos have succeeded to attract attention from more than 250 million people. As of 2021, she has uploaded several videos of ASMR.

Speaking on her income, she makes a decent sum of money through her successful youtube career and social media presence. She has an estimated net worth of around $550K as of 2022.

Her earnings are influenced by her youtube channel. Likewise, She has gathered around 1.52M Subscribers.

Gracie is a pretty girl with great charm and personality. She is 5 feet 4 inches tall and weighs approximately 47 kg. However, there is no information regarding her body measurements. Her hair color is blonde and her eyes are blue. Similarly, she is praised for her charming personality.

To date, she has maintained her profile clean and has been far from any kind of Controversies. There is no negative reputation of her in the media.

Similarly, She has gathered around 1.52M Subscribers on her Youtube.