Graham Elliot is a renowned chef and television personality. He is married and blessed with three kids.

Reflecting on the personal life of Graham Elliot, he is a married man. He married Allie Elliot and they reside in Chicago. Allie is not only her wife but she is also his business partner. Although they have been married for a long, there isn’t any record of when and where they got married.

The couple has taken part in the Bank of America Chicago Marathon where they both finished the race with 6:00:40 elapsed times. They have been blessed with three children, Mylo Ignatius, Conrad Matthias and Jedediah Lindsay. 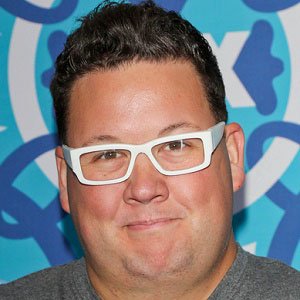 I'm a traditionalist, so for me, black coffee is cool

I really see food as subjective. It's a creative outlet. It's something that you do for fun. It's a gray area. It's not black and white or right and wrong

You are defined by your ingredients, by the way you touch them, by the flavors you draw from them.

Who is Graham Elliot?

Graham Elliot is an American renowned chef and television personality. He is best known for his appearance in the reality show Iron Chef America and Top Chef Masters.

American chef Graham Elliot was born in Seattle, Washington on 4 January 1977. He is of North American ethnicity and has an American nationality.

His mother’s name is Kate Tippett-Bowles and his father’s name is John Bowles. His father was in the Navy so he grew up in different parts of the world. Since childhood, he has built up a strong interest in food so, at the tender age of 17, he started his cooking career.

Talking about the career journey of Graham Elliot, he has begun his journey as soon as he graduated winning several awards and acclaims. He has taken part in both the television cooking reality show Iron Chef America and Top Chef Masters.

He has become the youngest chef ever to be honored with four stars from major publications including Chicago Tribue and Chicago Sun-Times and all before at the age of 30. Graham opened his first restaurant in Chicago in May 2008 which received three stars from the Chicago Tribune and two stars in the 2013 Michelin Guide.

He has even appeared on the television show Top Chef Masters and cooked for “The Heart and Stroke Foundation” due to his nephew needing a heart transplant. His Avenue restaurant received an AAA Five Diamond Award.

Elliot has been nominated for a James Beard Award three times. He has also become the judge and host of MasterChef and MasterChef Junior from 2010 to 2016.

Graham, along with his other co-judges, Gordon Ramsay and Joe Bastianich was accused of sexually harassing Maria Porter(one of the MasterChef contestants). He was criticized for losing 128lbs weight as he completes his first 5k race.

Moving towards his body measurements, he has dark brown hair color and his eye color is light brown. He has a height of 6 feet 2 inches. There is no information about his weight, dress size, or shoe size.

How many Michelin stars does Graham Elliot have?

The truth about the association between vaccination and autism! Robert De Niro: His giant platform shoes to overcome his short stature and his seemingly unnecessary anti-vaccination drive!