He married Sharon Dahlonega on 7 December 1994. They have four children together. Their marriage is going strong as there is no news regarding any extramarital affairs at present. 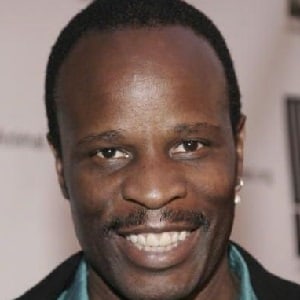 Nothing in this world can take the place of devotion. Talent won't. Genius can't. Drive, determination, a gentle heart and the will to conquer the odds are some powerful forces.

Who is Grand L. Bush?

Grand L. Bush is an American actor. People mostly know him for his role as FBI Agent Douglas Wilcox in the TV series ‘The Visitor.’

Additionally, Grand L. Bush has also appeared in several other movies and television series like ‘Lethal Weapon’, ‘Hollywood Shuffle’, and ‘Die Hard’ among others.

Bush was born as Grand Lee Bush in Los Angeles, California on December 24, 1955. He was born to parents Robert Bush and Essie Bush.

Grand developed a keen interest in acting like a child. He is of American nationality. Furthermore, he belongs to the African-American ethnic background.

Talking about his education, Bush attended the Los Angeles City College Theatre Academy. Additionally, he was also enrolled at the University of Southern California and the Strasberg Academy in Hollywood.

Grand L. Bush initially appeared as Leon in the TV series ‘Good Times’ in 1976. In addition, the following year, he played the role of Doc Evans in another TV series ‘Barnaby Jones.’ In 1978, Bush played Henry Spence in the TV series ‘Lou Grant’ and Mike in ‘The Incredible Hulk.’

Since then, he has appeared in several other movies and television series. At present, he has more than 75 credits as an actor.

Bush garnered the Genie Award in 1983 for his performance in ‘Hard Feelings.’ He officially retired from acting in the year 2003.

Bush has not revealed his current salary. Furthermore, he has an estimated net worth of $1.5 million as of 2022.

Bush has not been part of any notable controversies in his career. Furthermore, at present, there are no rumors concerning his life and career.

Talking about his body measurement, Grand L. Bush has a height of 6 feet (1.83 m) and has a decent weight. Additionally, his hair color is black and his eye color is dark brown.

Ninety-two-year-old Barbara Bush decides for only comfort care! Know why she chose no further medical interventions!