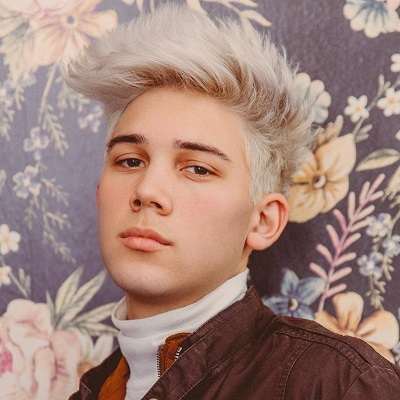 Grant Knoche’s current relationship status is possibly single. To date, he has not introduced anybody as his girlfriend or lover.

The actor-singer has a great affection towards the pet. As a pet, he has three dogs; Stogie, Max, and Priscilla.

Who is Grant Knoche?

Last, in 2019, he appeared in the movie, Summertime Dropouts as Grant Knoche.

Grant Knoche was born on 23rd August 2002 in Dallas, Texas, United States. He is of German ancestry.

He has an elder brother, Hunter Knoche, and a sister Maris. Hunter plays for the Texas-based band, Fly Away Hero. Also, she has an adopted sister named Lizy Walker.

Moving towards his academics, in 2019, he completed his High School education from California High School.

Since his childhood, he developed a great sense of attachment to dancing. At the age of 7, he started dancing.

However, he started his career as a YouTuber with a self-titled YouTube channel. On the channel, he started posting cover songs on his channel by popular singers. Eventually, such cover songs gripped the attention of the Kidz Bop Kids.

Later, in 2014, he started making singing as a member of the Kidz Bop family. Along with the music group, he traveled across the country performing in various venues. Eventually, in August 2017, he released his debut album, Downpour.

In the summer of that year, he went on the Summer Jam tour with the pop singer, Aaron Carter. In the same year, he also made his appearance in the Go90 network as the dance group, Boy Squad.

The following year, he made his acting debut with the TV series, Nicky, Ricky, Dicky & Dawn in the character role of Liam.

However, as an actor, he came into the limelight when he made his appearance in the TV series, Total Eclipse as Jules. Under the same character, he made his featured the series, Chicken Girls.

Grant Knoche has brown eyes with brunette hair. However, the singer prefers to color it blonde. His height is 5 feet 9 inches and weighs around 67 kg.

He also has a self-titled YouTube channel with 33.4k subscribers with 2 million views.