He is popular for marrying a country singer Mickey Guyton.

Grant Savoy’s relationship status at present is a married man. He exchanged vows with Mickey Guyton on 26 June 2017 at Royal Sonesta Kauai Resort.

They first met each other in 2010 via his step-sister and then dated for a few years. Finally, in 2013, they took the next step and got engaged. The wedding ceremony was kept small and attended by a few friends plus family members.

As of now, Grant and his wife have welcomed a child. Their son Grayson was born in Feb 2021 and she shared the news via her Instagram post. 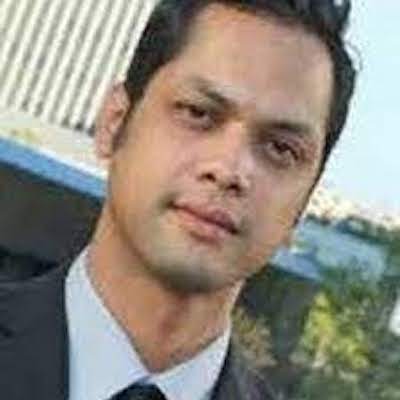 Who is Grant Savoy?

Grant Savoy is a Hawaiian attorney/lawyer and celebrity spouse. Grant Savoy is an expert in employment plus labor law disputes and he is associated with Biotech Equities as an investor.

He is popular for marrying a country singer Mickey Guyton.

His birth year is 1983 and he was born in the United States but his full birthdate is unknown. The name of his mother as well as his father’s identity is unknown.

Further, Grant’s ancestry is Hawaiian and as per his academics, he after high school went to California State University from 2004 till 2007.

From the Southwestern University of Law, he did his Juris Doctorate in Criminal Law.

Grant Savoy’s work life is not that public. The only thing known about him is that he is with a company named Solouki, Savoy, LLP that he co-founded in 2012.

The company is located in LA and deals with employment and labor law litigation.

He is on the news not because of his work, but due to his relationship with a famous singer.

By the 2022’s reports, he has an estimated net worth of $100 thousand. However, his per-annum salary is not yet revealed.

This attorney is keeping himself away from scandals as well as rumors.

Grant Savoy’s height and body weight are of average shape. Furthermore, he has dark brown hair and eyes also in dark brown color.