Greg Gutfeld is an author, journalist, television producer. Greg is married to his wife Elena Moussa.

Greg Gutfeld is a married man. His wife, Elena Moussa is from Russia. The wedding took place back in 2004. Elena was a Russian model and photo editor.

The lovebirds first met in London. Later, they lived there for three years. As of now, they reside in New York City. 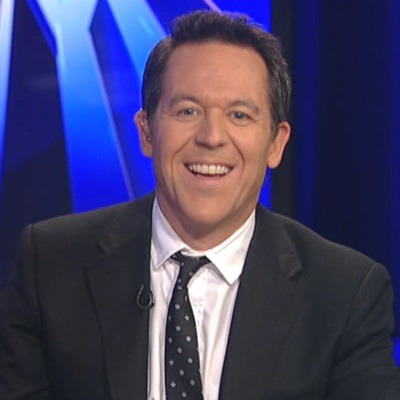 The U.N. might be the worst thing to contain the letters "u" and "n" since "untreated rabies".

Who is Greg Gutfeld?

Greg Gutfeld is a television producer, Journalist, author, and comedian. He is renowned as one of the panelists of the TV series, The Five.

Last, in 2020, she appeared in the TV series, The Greg Gutfeld Show as a host.

Greg Gutfeld was born Gregory John Gutfeld on the 12th of September 1964 in San Mateo, California. As of now, he is 57years old.

His father, Alfred Jack Gutfeld was of Jewish-Germanic ethnicity whereas his mother, Jacqueline Bernice is of Irish-Mexican-French ethnicity.

He has three siblings.

He completed his high school education at Junípero Serra High School in San Mateo. Later, he joined the University of California, Berkeley. From the University, he graduated in 1987 with Honors in Arts major in English.

– After graduating from the University, Greg Gutfeld joined The American Spectator as an intern. At the time, he was an assistant to R. Emmett Tyrrell.

– Moving forward, he joined the Prevention magazine and Men’s Health as a staff writer. Later, he became the editor of Rodale Press magazines.

– After that, he joined Stuff as the editor-in-chief. Also, he became one of the contributors to The Huffington Post. As a contributor, he worked in the firm until October 2008 starting from 2005. At the time, he also made his appearance in TV series including E! True Hollywood Story, A2Z, and Hannity.

Through his career as a TV Personality, he has made a net worth of $8 million as of 2022.

Back in 2010, he made headlines in the media when he announced his plan. On the 9th of August 2010, he stated that he intended to build New York’s first Islamic-friendly gay club next to the Park51 Islamic community center.

Through his action, he wanted to break the barriers and reduce homophobia in the Islamic world.

Greg Gutfeld has blue eyes and light hair. His height is 5 feet 5 inches and has a decent weight.

Where did Greg Gutfeld go to college?

He was enrolled at the University of California, Berkeley.

Where does Greg Gutfeld live now?

At present, he lives in New York.

Was the Greg Gutfeld show Cancelled?