Greg Hardy is an American former football defensive end and a mixed martial artist who played for the Dallas Cowboys, Carolina Panthers and in the MMA. He is currently single. 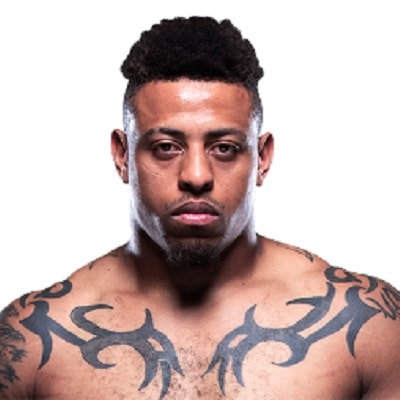 What is the relationship of Greg Hardy?

He is not married yet. However, he is a father. His son’s birth was reported in September 2015. The mother of the child is still unknown.

Who is Greg Hardy?

Greg Hardy is an American former football defensive end and a mixed martial artist who played for the Dallas Cowboys, Carolina Panthers and in the MMA.

He was born on July 28, 1988, in Millington, Tennessee, USA. His birth name is Gregory McKarl Hardy. He was born to parents Greg Hardy Sr. and Lan Hardy.

He joined Briarcrest Christian School where he was a three-sport letterman playing football, basketball, and track. Later, he attended the University of Mississippi on a football scholarship.

Unfortunately, he underwent foot surgery to repair a broken bone in his right foot which made him miss his first three games and underwent a second surgery to the same foot in January 2009.

He and his teammate  Dexter McCluster were involved in a car accident in the July of the same year and was put back in a walking cast.

Similarly, he was chosen by the Carolina Panthers in the sixth round (175th overall) of the 2010 NFL Draft.

Later, Greg Hardy has signed a one year and $11.3 million contract with the Dallas Cowboys as a free agent on March 18, 2015.

Unfortunately, he was suspended for the first 10 games of the 2015 season, which was later reduced to 4 due to violating the NFL Personal Conduct Policy.

He showed his strong performance in his first game but his production soon dropped. In addition, his inappropriate tweets put him in hot waters and Dallas Cowboys decided not to re-sign him as he was a bad influence on the younger players on the team.

He participated in The Spring League in 2017 and he was with the Richmond Roughriders in January 2018. He made his MMA first debut was on November 4, 2017, against Joe Hawkins, which Hardy won.

Later, he played at Dana White’s Tuesday Night Contender Series in June 2018 against Austen Lane. His victory secured him a contract with the UFC. He has fought against Allen Crowder, Rasheem Jones, Dmitrii Smoliakov.

Sports Illustrated named him the top prospect for the 2010 NFL Draft in April 2009.

He has an estimated net worth of around $4 million as of 2022, and he has earned that sum of money from his professional career.

However, his salary and income are under review.

He was arrested on May 13, 2014, for assaulting and threatening his ex-girlfriend Nicole Holder.

He assaulted her by grabbing her, strangling her, throwing her into furniture, and threatening to kill her.

Finally, Hardy was found guilty and sentenced to a 60-day jail sentence and 18 months probation.

Also, he has dark brown eyes and black hair. His shoe size, dress size, etc. are not available.