Greg Myre is married to Jennifer Griffin, the national security correspondent at the Pentagon for Fox News Channel.

The couple tied the knot in 1994 five years later after meeting at a political rally in a sports stadium in South Africa, on October 29, 1989. 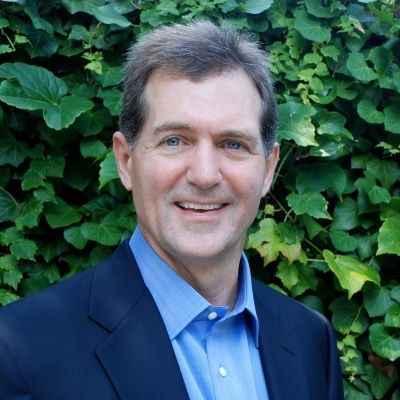 Who is Greg Myre?

Greg Myre is an American journalist, a former foreign correspondent for The Associated Press and The New York Times. Currently, he is working as an NPR national security correspondent.

Greg has worked as an analyst on CNN, PBS, BBC, C-SPAN, Fox News, Al Jazeera, and other networks. To date, Greg has reported covered a dozen wars and conflicts from more than 50 countries in the world.

Greg Myre, the renowned journalist of the New York Times has not revealed his birth details but he seems to be in his early sixties.

He was raised by his mother Carole and his father John Myre in his birthplace Chesterfield, Missouri. Additionally, his father is a retired director of risk management in St. Louis while his mother is a psychotherapist.

On top of that, father John is the author of the 2002 book Live Safely in a Dangerous World. The wiki of his siblings and early life will be updated soon.

Regarding education, Greg attended Yale University and graduated in the year 1983. He also played football and basketball in his university days.

Before beginning with Greg Myre’s career, know that he is a member of the Council on Foreign Relations and a scholar at the Middle East Institute in Washington.

His early work includes posting to South Africa in 1987 of Nelson Mandela’s release from prison and reporting on the final years of apartheid. Myre then worked as a foreign correspondent for 20 years with The New York Times and The Associated Press.

In between, he joined as a senior editor at Morning Edition from 2008-2011. Later, he became the international editor for NPR.org, working closely with NPR correspondents abroad and national security reporters in Washington.

To sum up Myre’s professional life, his contribution accredits reporting of Pakistan in 1993, war-torn Afghanistan, and set to report first on Taliban. He has worked in Cyprus, the Middle East, including extended trips to Iran, Iraq, Syria, Lebanon, Turkey, and Saudi Arabia. He had also covered the early days of Vladimir Putin in  Moscow from 1996-to 1999.

Myre along with his journalist wife Jennifer Griffin co-wrote a 2011 book based on Jerusalem, entitled, This Burning Land: Lessons from the Front Lines of the Israeli-Palestinian Conflict.

On March 2, 2022, the radio broadcast on KPCC, Greg Myre reported the references of Pentagon spokesman John Kirby. He also spoke on this with P.W. Singer and reported President Putin’s plan to tap these large reserves at the central bank. He added that big funds, are held in U.S. and European banks and are now frozen.

The estimated net worth of journalist Greg Myre is around $5 million. He earned a handsome salary working Under New York Times and NPR national security correspondent. However, Greg’s salary in exact figures is unknown.

There are no reported controversies relating to the journalist Greg, but he has spoken and broadcasted many wars and other controversies between nations.

Greg Myre has a decent height of 5 feet and 8 inches and weighs around 80kgs. He has a fair body complexion featuring his dark brown hair and blue eyes.

Greg Myre is active on his official Twitter [email protected] and has 7k followers. In his recent tweet, he said US planes and drones aren’t operating over Ukraine, but are in the skies over neighboring countries like Poland and the Black Sea.