Greg Tarzan Davis at the present is possibly single. He has not shared the details of his affair or girlfriend with the public. 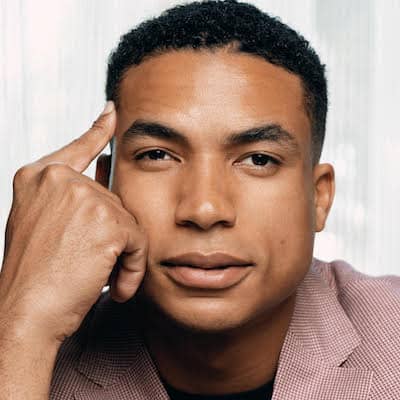 Who is Greg Tarzan Davis?

The project is the sequel to the 1986 Top Gun and tells us about the main character’s past and how he trains a group of younger fighter pilots.

His upcoming movie titled Mission: Impossible – Dead Reckoning – Part One is in the post-production process.

His birthdate is 25 Sep 1993 he was born in New Orleans, LA, the U.S. as Gregory Davis Jr. The name of his mother was Colette Butler and his father’s identity was Gregory Davis, Sr.

His dad was a boxer while his mom worked in a telecommunication company.

Further, his ancestry is a mix of All-American, and as to his academics, he first went to Edna Karr High School. Then enrolled at the Louisiana State University to study Elementary Education and Teaching.

Interestingly, the first chose dentel as the subject but later changed his mind.

Greg Tarzan Davis is noted for his character in Grey’s Anatomy (TV Series) where he was seen as Dr. Jordan Wright / Jordan Wright. He joined the cast in the year 2021 and is still with the show. His other TV shows are,

Besides this, Greg also did a few movies. Some of them with the released date are,

This actor appeared in an episode of Celebrity Page (TV Series) as himself in 2022 and The Jason Edwards Show (TV Series) in 2017.

He has been signed by some of the popular brands named Coca-Cola and Nike.

The star cast of the movie Top Gun: Maverick, Greg is keeping himself away from scandals as well as rumors.

Greg Tarzan Davis has an average height id 5 ft 11 inches and his body weight is average. Adding some more, he has dark brown eyes with black-colored hair.

Greg Tarzan is available on a few social sites and with a huge number of fans. On Instagram and Twitter, he has around 152k and 1.2k followers respectively.

But he is also active on sites such as Facebook but with only 502 followers.