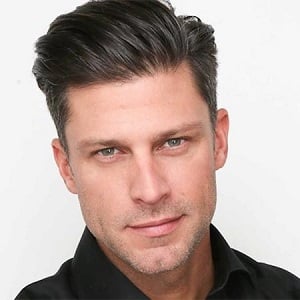 Greg Vaughan was previously in a relationship with co-star Alyssa Milano. Later, he was married to Touriya Haoud. The pair married on 4 June 2006. They later divorced in 2014. They have three sons from this relationship, Jathan James, Cavan Thomas, and Landan Reid.

Currently, Vaughan is in a relationship with Angie Harmon. He regularly posts pictures of Angie and him together on his Instagram.

Who is Greg Vaughan?

Greg Vaughan is an American actor and former fashion model. People mostly know him for his roles in the soap operas ‘General Hospital’, ‘The Young and the Restless’, and ‘Days of Our Lives’. Additionally, he also appeared as Dan Gordon on the second season of the series ‘Charmed’.

Vaughan was born as James Gregory Vaughan Jr. in Dallas, Texas on June 15, 1973. He was born to parents James Gregory Vaughan, Sr. and Barbara Ann Alt. Throughout his childhood years, he grew up in Mesquite, Texas. He is of American nationality. Furthermore, he belongs to the mixed ethnic background of Greek, English, German, Scots-Irish/Northern Irish, and Scottish.

After his graduation, Vaughan was invited to Milan, Italy. There, he began working as a model for designer Giorgio Armani. Later, he worked with other designers such as Gianni Versace, Ralph Lauren, Banana Republic, and Tommy Hilfiger among others. After several years in the fashion world, Vaughan began his career in acting. He landed his first major role in the TV series ‘Baywatch’ in 1996. In the same year, he appeared as Josh Walker in another TV series ‘Malibu Shores’. Since then, he has appeared in numerous other movies and television series. All in all, he has over 35 credits as an actor.

Some other movies and television series that Vaughan has appeared in are ‘A Very Country Christmas’, ‘Queen Sugar’, ‘Valentine’s Again’, ‘Lucifer’, ‘The Christmas Note’, ‘And Then There Was You’, ‘Second Chances’, ‘Sebastian’, ‘Borderline Murder’, ‘The Closer’, ‘General Hospital’, ‘Still Standing’, ‘The Young and the Restless’, ‘Sabrina, the Teenage Witch’, ‘Will & Grace’, ‘Glory Days’, ‘Student Affairs’, and ‘Any Day Now’ among others.

Vaughan won the Daytime Emmy Award in 2018 for his appearance in ‘Days of Our Lives’. Additionally, he also garnered the nomination for Soap Opera Digest Award.

Vaughan has not revealed his current salary. However, he has an estimated net worth of around $ 4 million at present.

Vaughan’s divorce with Touriya made the news and was covered by several media outlets. At present, there are no rumors concerning his life and career.

Talking about his body measurement, Vaughan has a height of 6 feet (1.83 m). Additionally, his hair color is dark brown and his eye color is hazel.