Greg Wise is an ISA nominated actor and producer. Greg Wise is married to Emma Thompson. His wife, Emma is an Academy-award winning actress, scriptwriter, and author 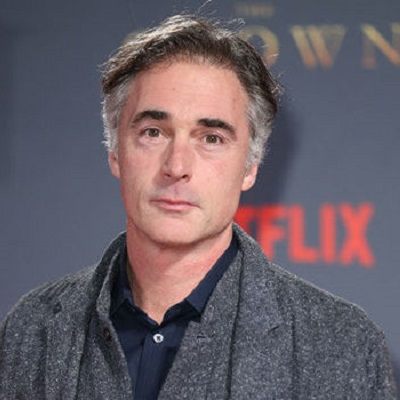 As a teenager, I used to travel everywhere with my guitar. I appreciated the fact it was with me, but it was always an absolute pain to carry around - even though, in those days, you could take in on a plane as hand luggage

it grew out of selfishness

Life is about now - some things are just too important to miss.

What is the relationship of Greg Wise?

Greg Wise is married to Emma Thompson. His wife, Emma is an Academy-award winning actress, scriptwriter, and author.

The couple first met at the set of Sense and sensibility in 1994. Later, they became friends which blossomed to love. Moving forward, they knot the wedding knot on the 29th of July 2003.

Together, they have a daughter, Gaia Romilly Wise (born: on the 4th of December 1999). Gaia is also an actress by profession.

Also, the couple has adopted the son, Tindyebwa Agaba Wise in 2003. Tindyebwa was born in Rwanda.

Who is Greg Wise?

Greg Wise is an ISA nominated actor and producer. He is renowned as John Willoughby of Sense and Sensibility and Agent One of Johnny English.

Last, in 2020, he appeared in the movie, The Echo of Being as Gustav Mahler.

Greg Wise was born as Matthew Gregory Wise on the 15th of May 1966 in Newcastle, Tyne. He is of British-Germanic ethnicity.

His father, Lt. Douglass Wise was an architect by profession. Also, his mother was in the same profession as his father.  He had an elder sister, Clare Wise. She happens to be 18 months elder than Greg. Clare passed away in 2016 due to cancer.

Talking about his educational background, he completed his High School education at St. Peter’s School, York. Later, he went to Heriot-Watt University to become an architect like his parents.

During his University days, he used to perform in Bedlam Theatre. At the time, he fell in love with the performing arts and he intended to be a performer. Later, he joined the Royal Scottish Academy of Music and Drama to study drama.

Initially, Greg Wise started his career through theater plays. However, in a very short period, he moved to the TV industry. In 1992, he debuted on Tv with the TV movie, A Masculine Ending as Jamie Baird.

The same year, he got involved in other TV projects that include The Riff-Raff Element, Typhon’s People, and Covington Cross.

However, he first came into the limelight with the series, The Buccaneers in 1995. In the series, he portrayed the character of Guy Thwaite. The same year, he appeared in the movie, Sense, and Sensibility as John Willoughby. The movie became one of the milestones in his career as an actor.

Moving forwards, he appeared in the TV Mini-Series, Wonderful You in the character of chartered accountant, Marshall. After the series, he appeared in more than 15 series. Some of his series along with the year and character are-

Apart from that, he made his appearance in movies like Beautiful Devils, Military Wives, and The Echo of Being.

As of now, he has managed to maintain his dignity as an actor. To date, he has not been through any sort of controversy and rumors that created a buzz in the media.

Besides that, he has managed to remain far from any type of rumors too.

He has brown eyes with black hair. His height is 6 feet 2 inches and weighs 76 kg.

You may also read the bio of Max Walker, Matt Cornett, and John Finn.