Reality star and investor Gregg Leakes died due to colon cancer. He is married and a father of two.

Gregg Leakes and NeNe Leakes ended their initial relationship in 2010 after they separated and Gregg filed for divorce on April 29, 2010. The divorce was finalized on September 29, 2011, after season four of ‘The Real Housewives’ had finished shooting.

The pair reunited and announced that they were engaged in January 2013. Bravo filmed their wedding planning and ceremony for a spin-off entitled ‘I Dream of NeNe: The Wedding’. They remarried on June 22, 2013, at the InterContinental Buckhead Hotel in Atlanta.

Gregg already had children from his former relationships when he married NeNe, in 1997. He has two sons Bryson Rashard Bryant and Brentt Leakes. 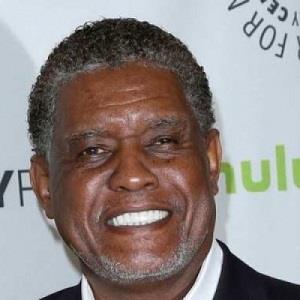 I’d love for everybody to pray for Gregg, that would be beautiful. Pray for his strength.

I'm a couple treatments away from radiation, then I go through a full battery of testing again to see if the cancer has in fact incubated and started to spread — and we're hoping it hasn't.

Who was Gregg Leakes?

Gregg Leakes was an American real estate investor and consultant. He gained exposure due to his on-again-off-again relationship with The Real Housewives of Atlanta star NeNe Leakes.

Gregg died on 1st September 2021 due to cancer. He was diagnosed with colon cancer in 2018. He was 66 at the time of death. The news of his death was confirmed via a tweet by his wife NeNe.

There is no official information regarding Gregg’s educational background as of now.

Gregg is successful in his profession as a businessman. Additionally, he also gained fame after he married NeNe in 1997. Next, Gregg appeared in many shows as the husband of NeNe Leakes. The Bravo TV covered the re-marriage of the duo.

In 2017, Gregg took part in the MasterChef Celebrity Showdown and also in the Tag Team Challenge. Furthermore, he also appeared in the TV series ‘Bethenny’ in 2014. He went on as a guest in ‘The Arsenio Hall Show’ during 2013.

Gregg has not revealed his current salary. However, he has an estimated net worth of $4 million as of 2022.

Over the years, there have been numerous controversies surrounding Gregg Leakes and his wife NeNe. A report in 2014 claimed that the duo had a criminal past record and was arrested multiple times on different charges.

Additionally, the pair’s divorce and remarriage were accused of being just a publicity stunt to give their career a boost.

Recently there was a rumor regarding Gregg’s health condition. However, NeNe cleared up speculation about what the cause of that health issue was.

There is no detailed information relating to Gregg’s height and weight. His hair color was black and his eye color was dark brown.