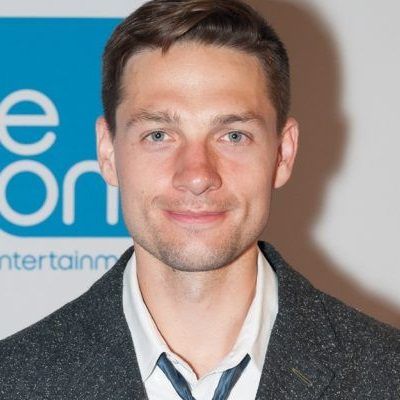 Normally I'm kind of a loner, but on Everwood we've all got each other's back.

Since Everwood began, I've got a lot more to do but, other than that, I haven't changed. I still prefer to hang out with my friends and joke around. Work is pretty much all consuming, so my love life is kind of non-existent. There's nothing too glamorous about my life.

Be yourself and be unique. Don't conform to the people around you.

Gregory Smith is married to Taylor McKay. McKay is an actress and model by profession. They married on the 18th of August 2018.

His favorite sport is skiing and the favorite place is oceans and beaches. The actor has a soft spot when it comes to dogs. He shares his space with two puppies.

Who is Gregory Smith?

Canadian- American Gregory Smith is an award-winning actor, director, and producer. He is renowned as Ephram Brown of the TV series, Everwood.

Last, he appeared in the movie, Designated Survivor as Will Griffin.

Gregory Smith was born as Gregory Edward Smith on the 6th of July 1983 in Toronto, Ontario. His father, Maurice Smith is a producer and his mother is an actress.

He is of British ancestry and has duel citizenship in Canada and America.

Gregory’s brother, Douglas Smith is an actor by profession. He also has a younger sister, Samantha.

His academics history is not disclosed.

Gregory Smith was first featured in the Commerical ads, Tide when he was fourteen months. Later, in 1994, he was cast in the movie, Andre as a child artist.

After the movie Andre, the actor became a regular known face in the movie world. Altogether, he has been a part of 28 movies as an actor till the date. Some of his movies along with the year and his character name are-

Apart from the movie, Gregory Smith is a big name in the TV industry too. Prior to his debut Movie, he was a part of TV series including 1991- The Commish, 1992- The Hat Squad, and 1993- Street Justice.

Just after his debut movie, he was cast in the TV series, 1995- The Outer Limits as Young Paul.

He acted in more than two dozens TV series which includes 2001- Just Ask My Children, 2010- Blue Belle, and 2013- Franklin & Bash. Last, he played the character of Will Griffin for the political thriller TV series, Designated Survivor.

As a director, Smith debuted through the Canadian police TV series, 2012- Rookie Blue for the episode, The Rules. In the following years, he directed 2 more episodes for the series.

Smith has an estimated net worth of $9 million US. His salary as an actor is $50k US. As a director, his earnings are $92k US.

Gregory Smith is a blue-eyed auburn man. His height is 5 feet 10 inches and has decent body mass.