Updated On November 15, 2022 | Published By: Frank Ingram
Share this 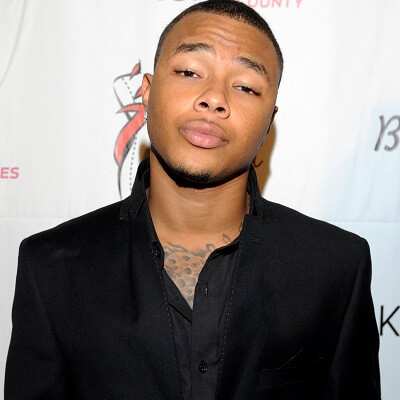 What is the relationship of Gregory Tyree Boyce?

Gregory Tyree Boyce was in a relationship. At the time of his death, he was dating Natalie Adepoju. The couple had been dating for about a year before the tragic incident took place. Both of them were found dead in their home in Las Vegas. They had made their relationship public with a post on Instagram on 28th May 2019.

According to her family, Natalie was

“adoring little girl, niece, sister, cousin, and companion. Natalie had such a great amount of life to live [and] we are disheartened that her life was stopped. Natalie abandons her unrivaled infant kid Egypt, her dad, two siblings, and one sister, and a large group of loved ones who love her beyond all doubt.”

He has a ten-year-old daughter named Alaya from his previous relationship.

Who was Gregory Tyree Boyce?

Gregory Tyree Boyce was an American actor. He is best known for his works in Twilight (2008) and Apocalypse (2018).

Gregory Tyree Boyce was born in California, USA, on December 5, 1989. At the time of his death, his age was 30. His mother’s name is Lisa Wayne but his father’s identity remains unknown. He does not have siblings.

He spent his childhood days in California. His ethnicity was African-American.

There is no information about his educational background. He did not reveal which school or college he went to.

On May 13, Gregory and his partner Natalie Adepoju were found dead inside the bedroom of their Las Vegas home by their roommate, Louis Ledbetter.

According to a police report observed by DailyMail.com, an unknown white powder was found next to their bodies on a nightstand in addition to a straw and a plastic card.

It was also revealed that they were both ‘known to do harder drugs such as meth and cocaine.

There were no signs of trauma to either one of them and the bedroom was undisturbed. The couple was found lying naked on their backs in the bed. The signs indicated that they’d been dead for a while.

The official cause of their deaths has not been revealed yet. A toxicology report is pending.

Gregory Tyree Boyce had two acting credits to his name. His debut came in the 2008 movie, Twilight starring Kristen Stewart, and Robert Pattinson.

The 2008 American romantic fantasy film is based on Stephenie Meyer’s 2005 novel. It is the first film in The Twilight Saga movie series. It mainly focused on the development of the romantic relationship between Bella Swan (a teenage girl) portrayed by Kristen Stewart and Edward Cullen (a vampire) portrayed by Robert Pattinson.

In the film, Gregory portrayed Tyler. He is one of Bella Swan’s friends from high school and is one of the several boys who is infatuated with her.

In 2018, he appeared in the movie, Apocalypse. The movie was directed and written by Trevor Jackson and starred himself, Jaheem Alleyne, Ayanna Barnes, etc.

How much was Gregory Tyree Boyce worth?

Gregory Tyree Boyce had an estimated net worth of around $100k at the time of his death. There is no information about his salary. An average actor earns around $40k a year.

You may also like to read the Bio, Career, Body Measurements, Net Worth, Social Media, Relationships, and more about Carvin Winans, Slade Smiley, Nick Cordero, and more.