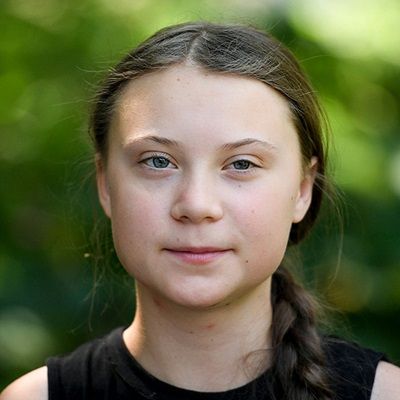 You have stolen my dreams and my childhood with your empty words... People are suffering, people are dying, entire ecosystems are collapsing. We are at the beginning of a mass extinction and all you can talk about is money and fairy tales of an endless economic growth. How dare you!

What's the point in educating ourselves and learning the facts when the people in power refuse to listen, to be educated and pay attention to the facts? Everywhere I've been the situation is more or less the same: the numbers of politicians and celebrities who want to take selfies are the same, and the lies are the same.

Who is Greta Thunberg?

She is known for her work against climate change, a popular example of youth activism.

She has received worldwide recognition for her efforts to fight climate change.

Greta Thunberg was born Greta Tintin Eleonora Ernman Thunberg on January 3, 2003, in Stockholm, Sweden. She is a Capricorn.

Her father is Svante Thunberg, an actor, and mother, Malena Ernman, is an opera singer, of Swedish- German- Danish-Dutch- Scottish ancestry.

She has a sister, Beata Thunberg, who has been open about her own challenges dealing with disorders like ADHD and OCD.

Greta was a high school student in Stockholm, Sweden. In July 2019, she decided to take a year-long sabbatical from school to focus on leading the movement against global climate change.

Thunberg was only 8 years old when she first learned about the climate crisis. Then, she has also made efforts to lower her carbon footprint by not flying and becoming vegan and has influenced her family to do the same.

After that, Thunberg barely spoke before the committees and instead pushed forward the latest UN report.

Thunberg was also among the speakers at the UN Climate Change Conference (COP25) in Madrid, Spain. Also, she attended another major climate demonstration in the city, telling her fellow protesters.

Greta has revealed that she was diagnosed with Asperger’s syndrome, OCD, and selective mutism in 2014.

She has light brown hair and gunmetal blue eyes. Her height is 5 feet 4 inches and weight is 48 Kg.