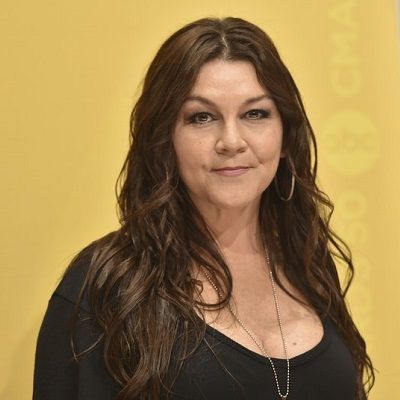 Previously, she was married to her bandmate Larry Rolens. Their marriage ended up in a divorce.

She previously dated Michael Penner with whom she has a daughter Gracie Frances Penner. Gracie was born on 9th November 2000.

Similarly, she has a bus dog Sanford. Being a fan of the St. Louis Cardinals baseball team, she recorded a song Redbird Fever in honor of the Cardinals.

Who is Gretchen Wilson?

Her five singles have reached Top Ten on the Billboard country charts.

As of November 2019, Gretchen attended and performed at the 2019 CMA Awards.

Gretchen Frances Wilson was born on 26th June 1973 in Pocahontas, Illinois, US.

She was raised by a single mother after her father left them when she was 2 years old. Her mom would travel from one place to another for living and raised her in several trailer parks.

Similarly, she has a step-brother Josh Malter.

Gretchen attended Bond County Community High School in Greenville, Illinois. However, she did not complete her education, she dropped out in ninth grade to pursue a music career.

In the year 2003, Gretchen signed with Epic Records and recorded Here for the Party within a year. In early 2004, she released her first single Redneck Woman. It reached the top of the Hot Country Songs chart and No.22 on the Billboard Hot 100 chart.

After that, she released Here for the Party which debuted at No. 1 on the Billboard Country Chart.

On 27th September 2005, Gretchen released her second album All Jacked Up and on 15th May 2007, she released her third album, One of the Boys.

Similarly, on 2nd April 2013, she released an album of her original songs Right on Time.

On 3rd September 2008, Gretchen sang the National Anthem to a national audience at the Republican National Convention.

Gretchen is an active supporter of children’s charities, adult education, and the fight against obesity. Some of her work includes:

In 2009, she was honored with the National Coalition for Literacy Leadership Award for adult-education funding.

Moreover, she owned a 340-acre Wilson County estate worth $2.9 million, which she sold in 2011 post her Uncle Vernon Heuer’s uncertain demise.

On 21st August 2018, She was arrested for a minor disturbance after she reportedly became belligerent during their on tarmac interview. She was charged with breach of peace.

She is a brown eyed-brunette. She is 5 feet 4 inches tall and weighs around 58 kg.